Maps, memories of travel and the crossroads of cultures, are themes that come to mind when one encounters the work of Modhir Ahmed. Ahmed often layers signs, symbols and numbers, developing imagery reminiscent of coordinates, grids and topography. In other works, similar forms are incorporated, however, the resulting images are minimalist in nature, whereby Ahmed considers the interaction between seemingly disparate marks and shapes. Despite their crude appearance, the gestural interactions of his formations, recall the tensions that arise from the polarity of certain emotions. 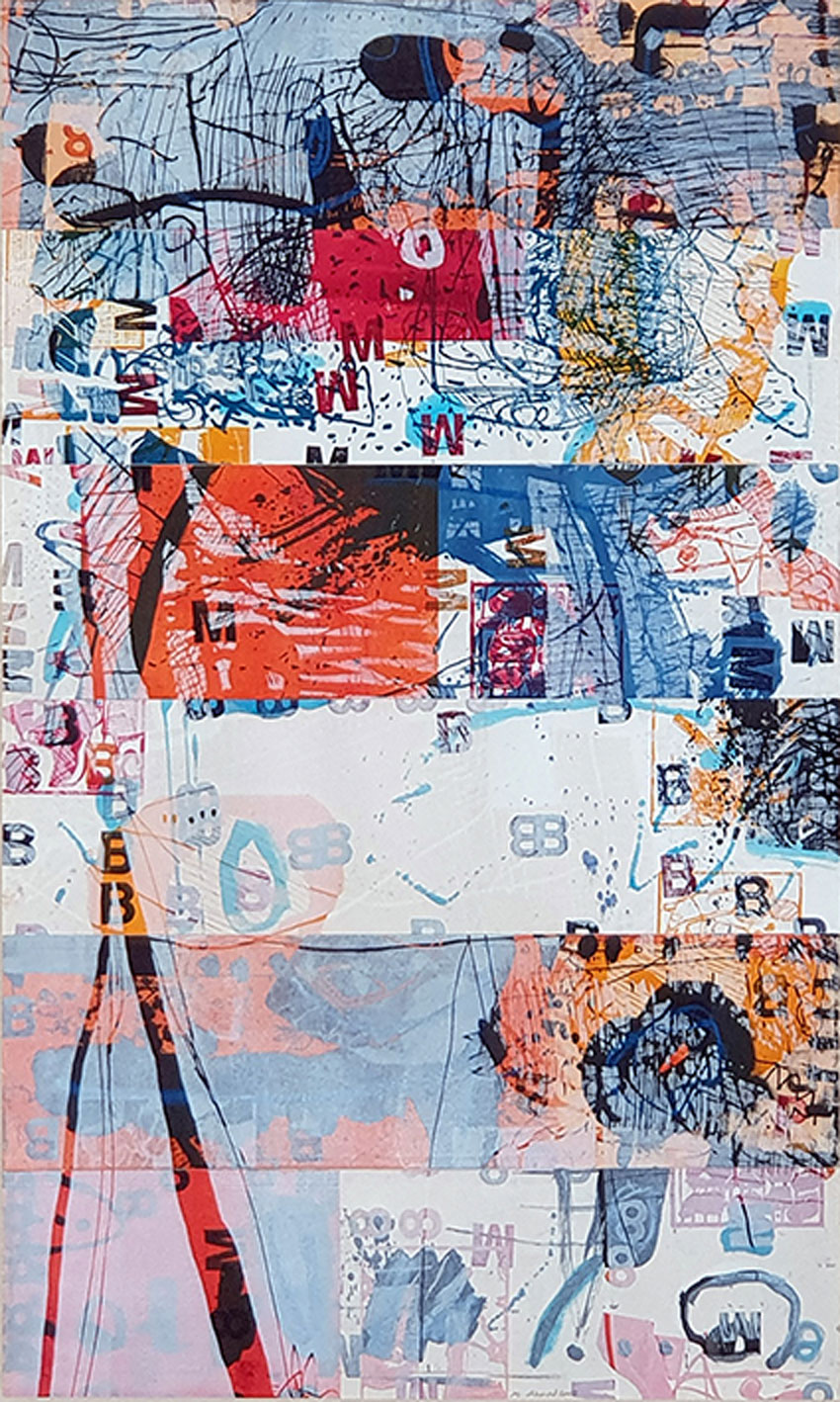 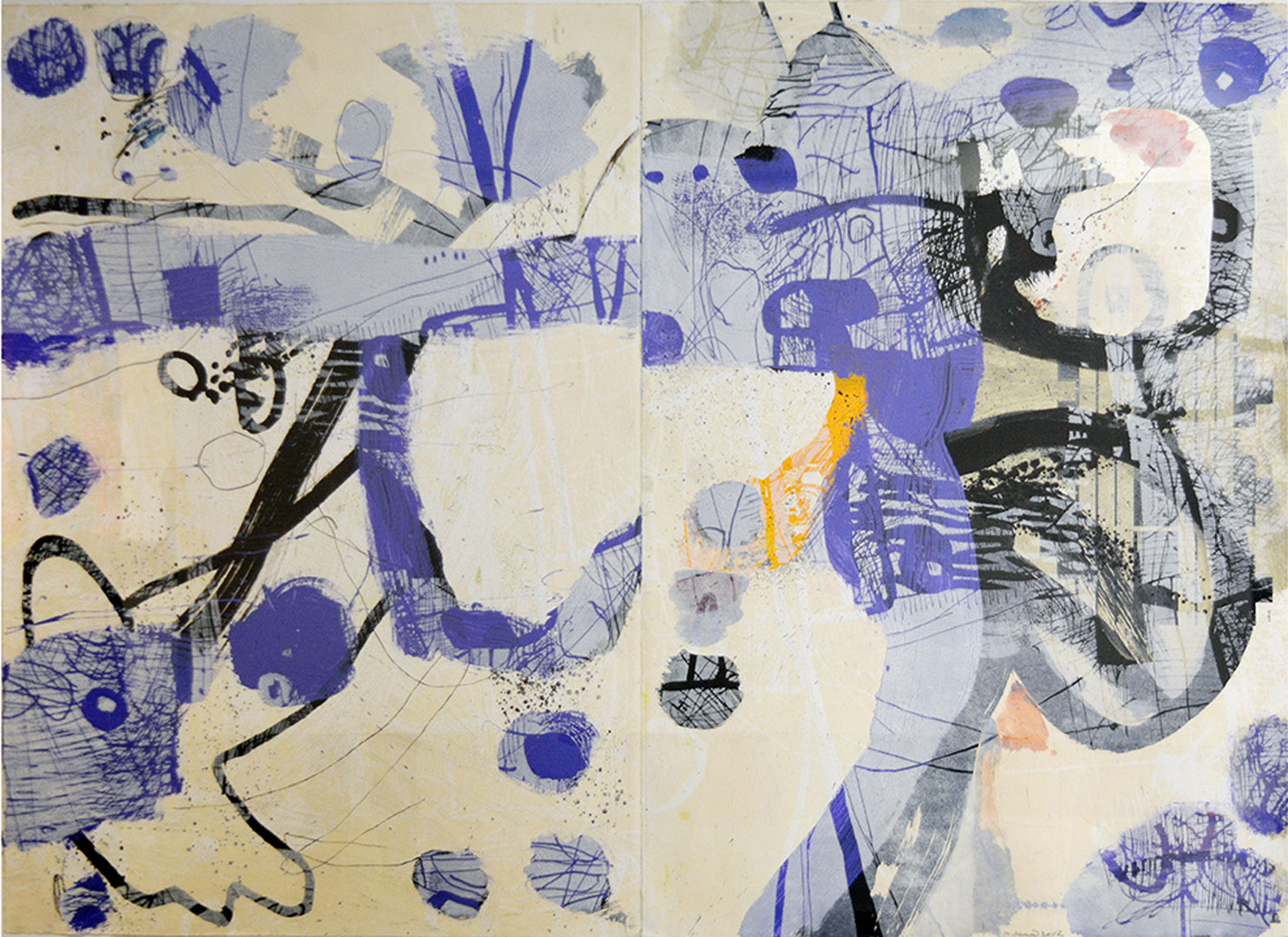 After studying at the Baghdad Institute of Fine Arts, Ahmed obtained his BFA in Graphic Arts. Inspired by his Polish professors, he pursued his further studies in Poland leaving Iraq in 1980, just a few months before the Iran/Iraq war. He studied at the Academy of Fine Arts in Warsaw between 1981-86 obtaining an MFA in Painting. Following the completion of his studies in Poland Ahmed moved to Sweden to study Computer Graphics in Skovde, to further develop his printmaking technique.