In 1957, Heinz Mack founded the ZERO Movement with fellow artist Otto Piene, eventually including other participants such as Yves Klein, Lucio Fontana, Piero Mazoni and Jean Tinguely. Described by Piene as “a zone of silence and of pure possibilities for a new beginning”, key explorations of Zero Art included colour (nearly always monochrome), light, motion, space and seriality. Mack became best known for his contributions to op art, light art and kinetic art. 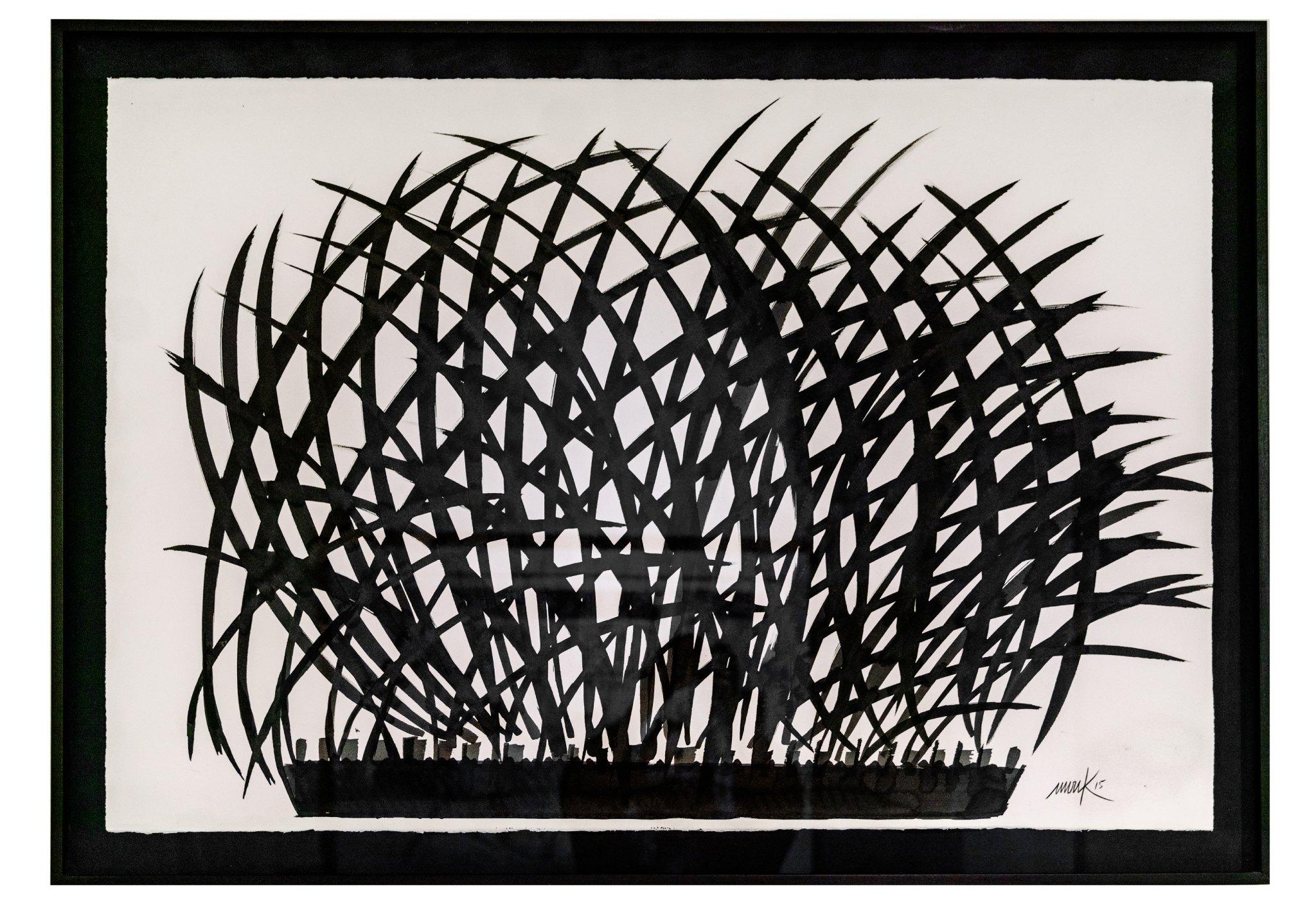 Mack’s diverse oeuvre includes minimalist outdoor sculptures as well as smaller works, created from varying materials including light-stelae, light-rotors, light-reliefs and light cubes. Furthermore, numerous paintings, ink drawings, pastels, graphic works, photography, and design for public space (interiors, stage settings and mosaics) encompass his prolific career. Mack also drew inspiration from a desire to grasp traditional Middle Eastern artistic and architecture principles and it was during his travels to the Sahara Desert, that he began to consider environments where light expresses itself differently and to incorporate this phenomenon into his work.

Heinz Mack studied painting at the Staatliche Kunstakademie in Düsseldorf from 1950 to 1953. In 1956 he received a degree in philosophy at the University of Cologne. In 1970, he was invited as a visiting professor to Osaka Japan, and in the same year represented Germany at the Venice Biennale.