In Hayv Kahraman’s work, the displacement and detachment of her subject’s limbs, acts as a metaphor for the mental trauma that refugees experience when being torn from their homelands. Her recent Anti-Body series, depicts female figures in extremely contortionist poses, thus removing the female body from its expectant position, resulting in anguished, eroticized and dehumanized forms. Such imagery is Kahraman’s reflection on the heteropatriarchal norms that dominate society, those that create systems of oppression. Simultaneously, these works call to mind the Rorshach test, where what you see is considered a reflection of your psyche. And yet, Kahraman’s imagery arises as manifestations of symmetry and beautiful geometries, symbols of resistance and liberation. 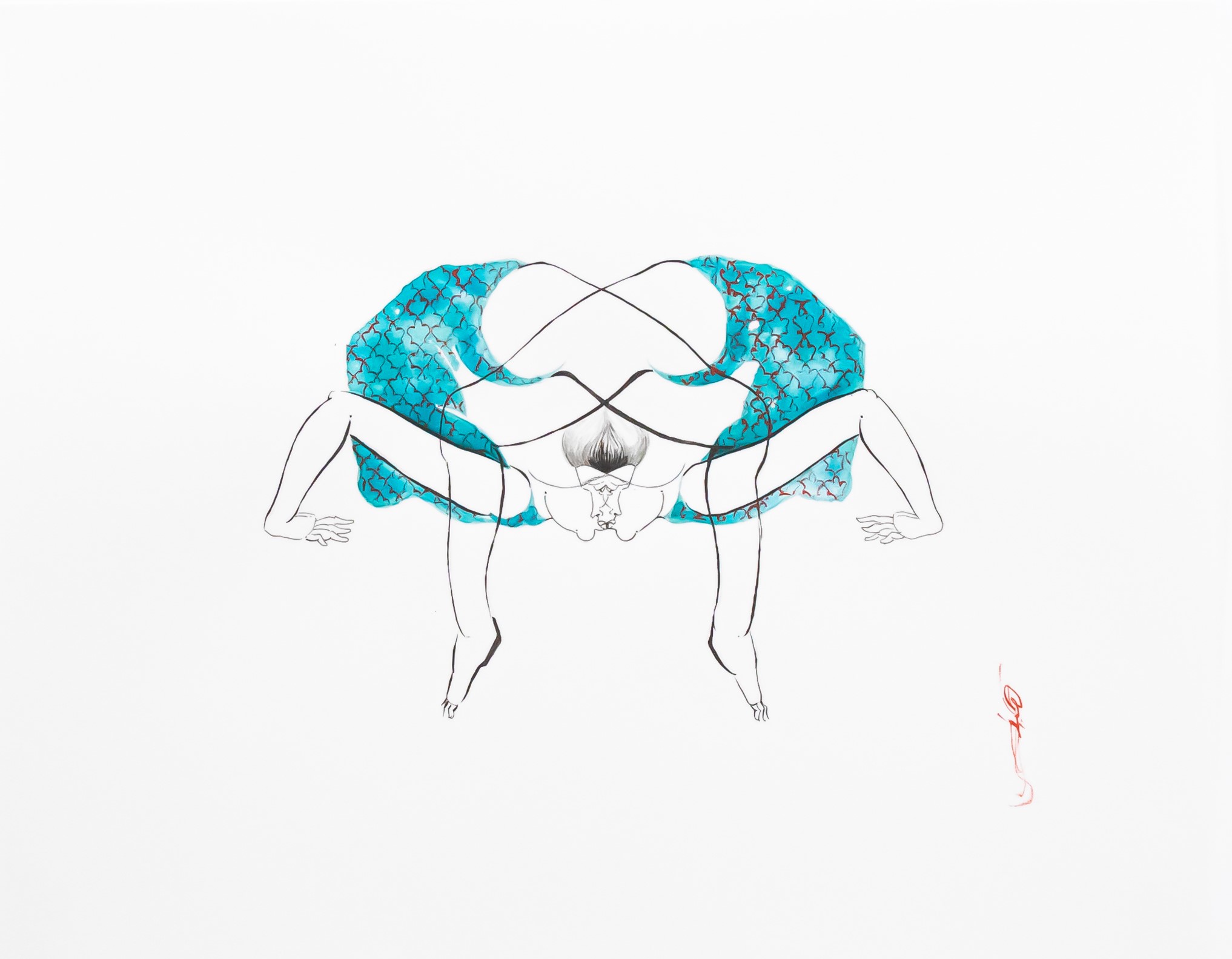 Not Quite Human Drawing #12

Born in Baghdad, Kahraman is Iraqi- American, of Kurdish descent. She studied at the Academy of Art & Design in Florence, Italy, before moving to Los Angeles, California, USA. Her practice encompasses, painting, performance and sculpture.