Damien Hirst is considered one of the prolific contemporary artists of the 21st Century. His career incorporates various practices including, installation, sculpture, painting and drawing, thus allowing him to explore the multifarious relationship between art, life and death, as well as concepts such as religion, beauty and science and to “investigate and challenge contemporary belief systems and dissect the tensions and uncertainties at the heart of the human experience”. 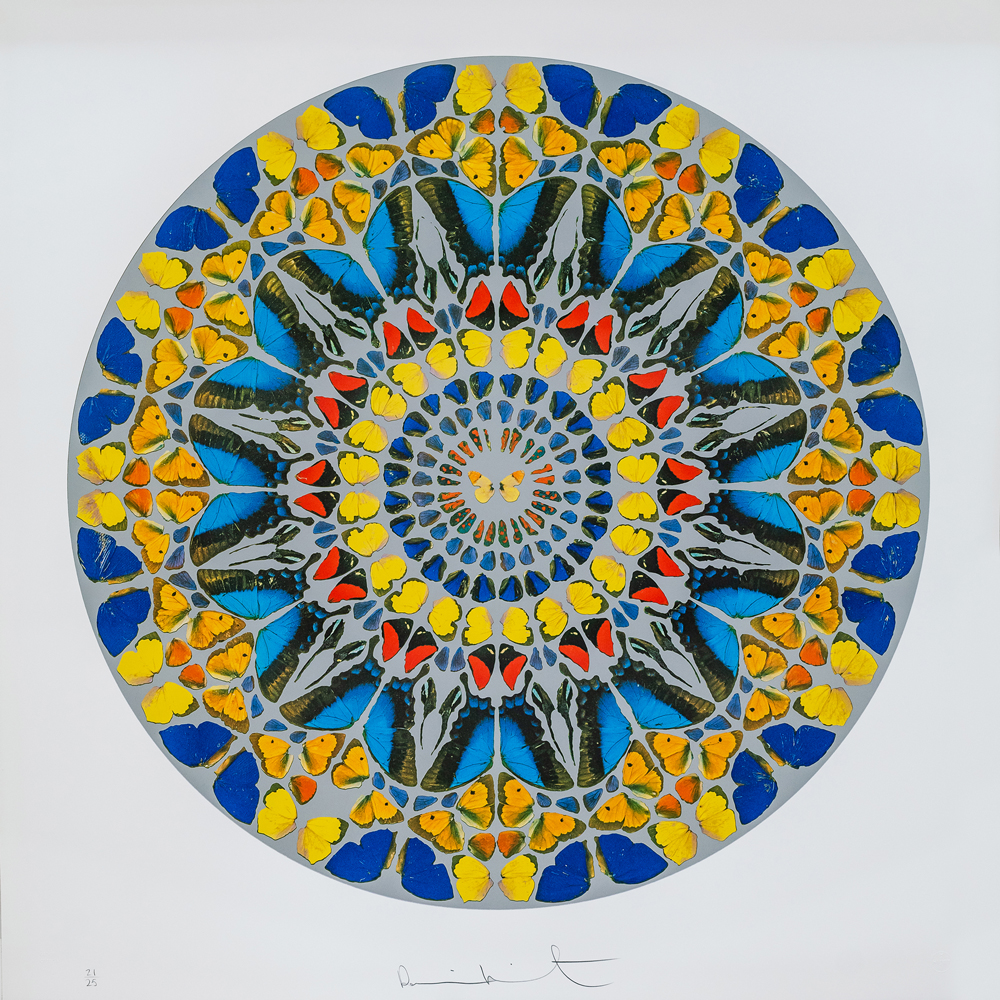 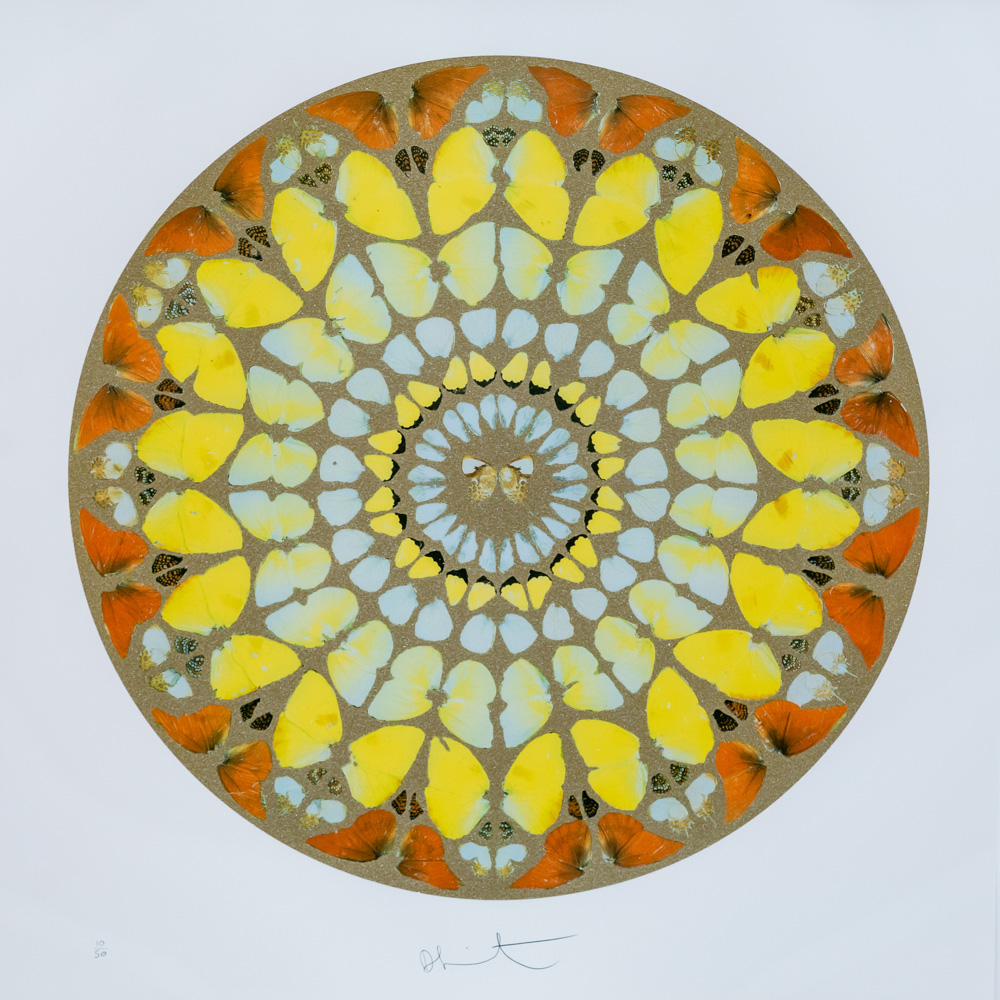 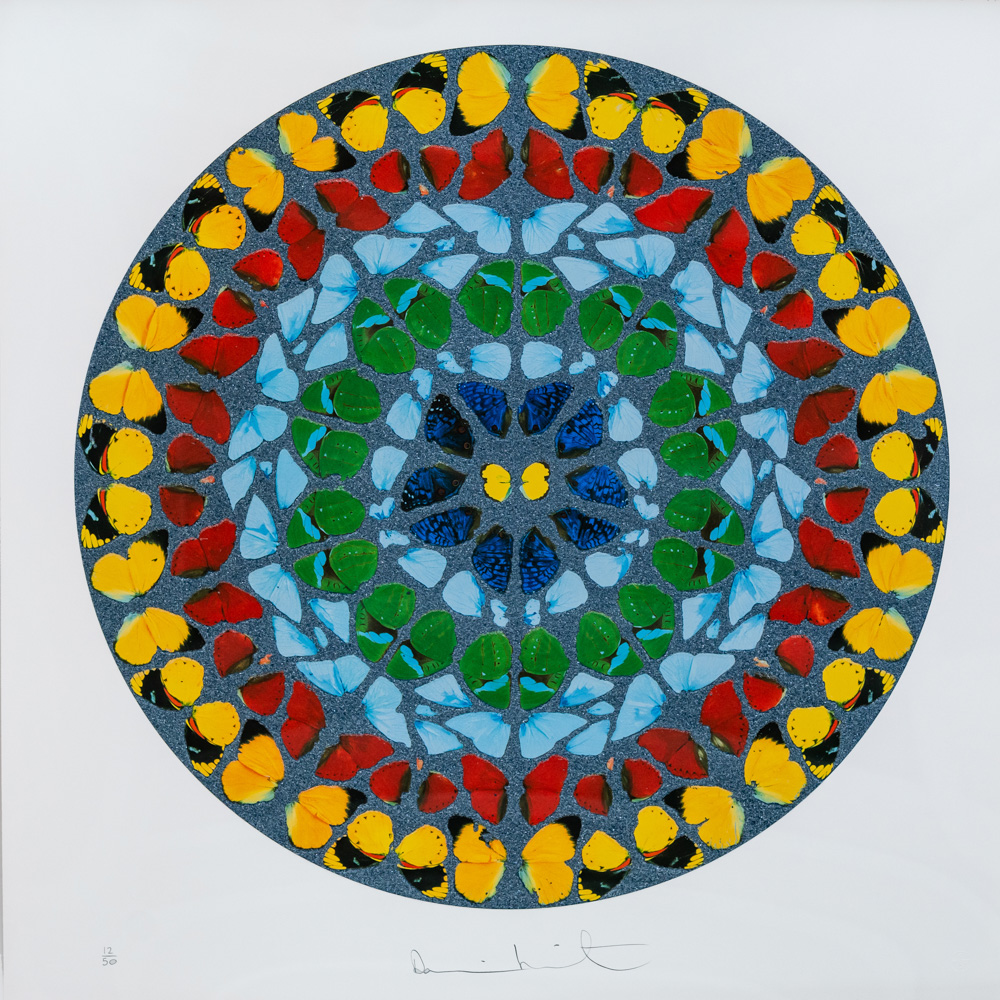 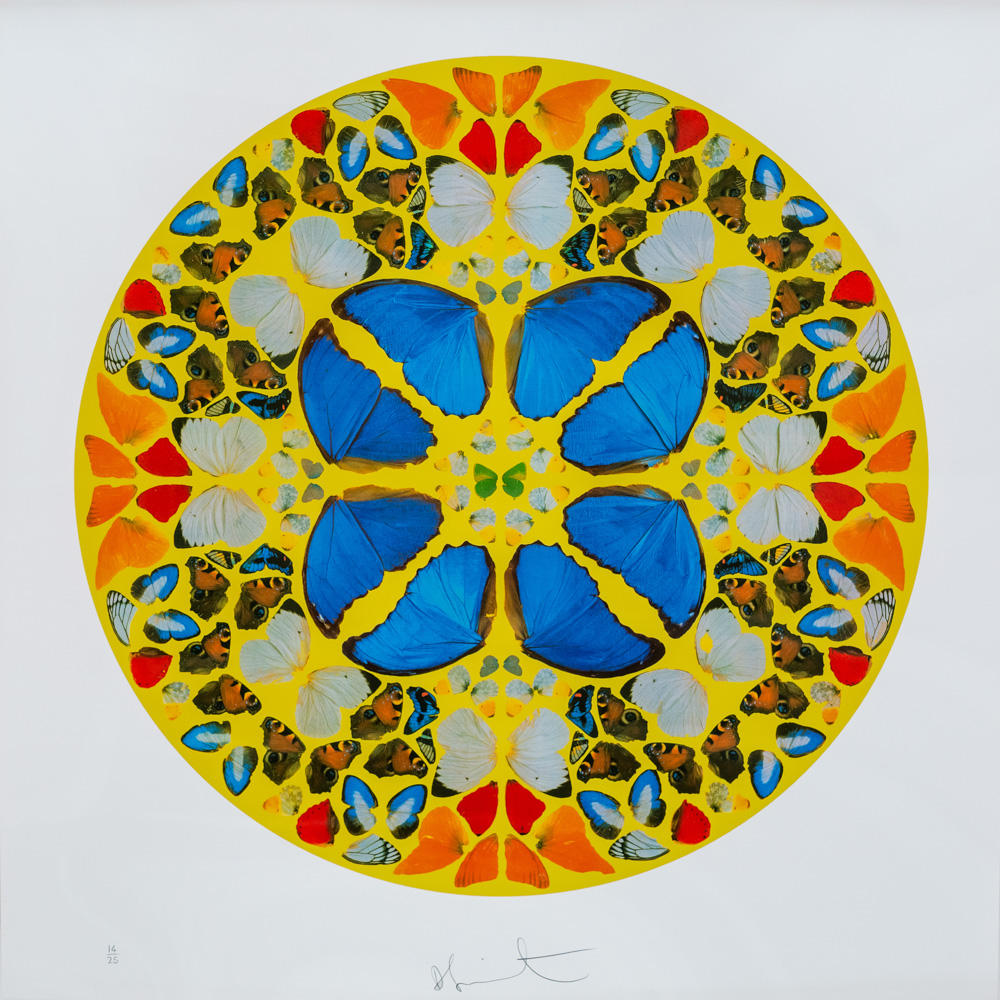 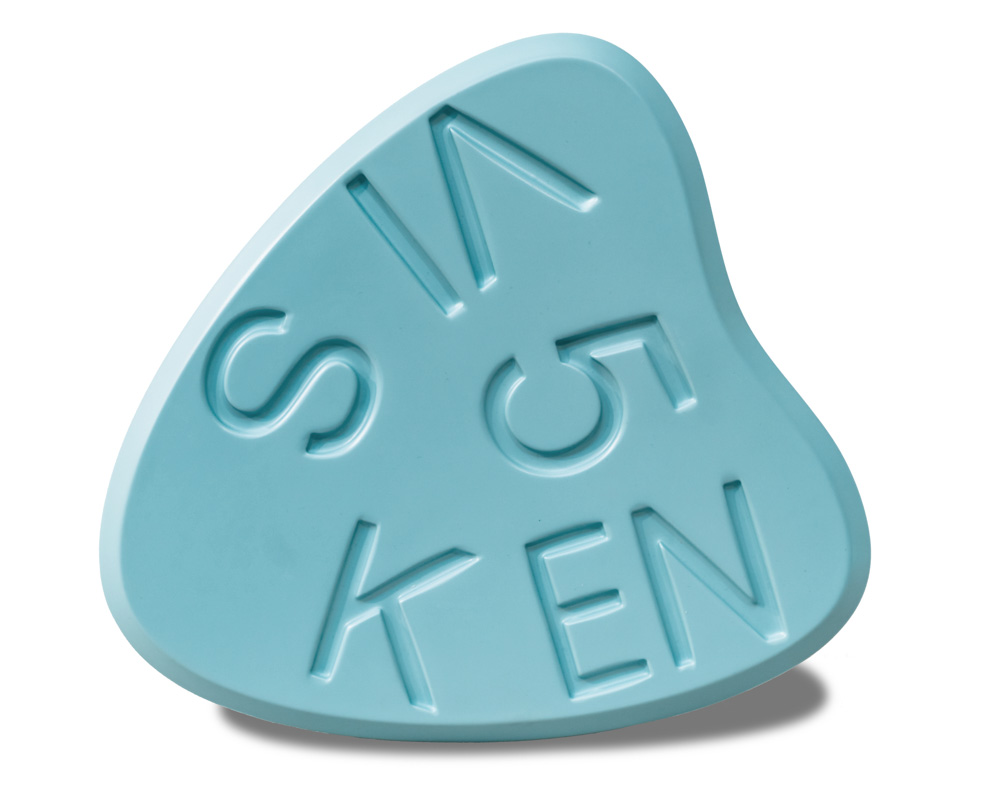 When he was only 16, Hirst made regular visits to the anatomy department of Leeds Medical School, as a reference for his anatomical drawings, thus beginning his preoccupation with death as well as his acceptance of death as natural part of life. “You can frighten people with death or an idea of their own mortality, or it can actually give them vigour.”

It was during his studies at Goldsmiths College, that Hirst’s interest in experimenting with installation as a means to express the complexity of science in a comprehensible manner, resulted in his medicine cabinets and renowned series, ‘Pharmacy’. “Science is the new religion for many people. It’s as simple and as complicated as that, really.”

It was however, Hirst’s work that explored ‘natural history’, that gained him significant attention in the 1990’s, in particular, ‘The Physical Impossibility of Death in the Mind of Someone Living’ (1992), which presented a Shark ‘floating’ in formaldehyde, a work now described as “one of the most iconic symbols of modern British art and popular culture in the 90s.”

Damien Hirst undertook his BA in Fine Art at Goldsmiths college from 1986 to 1989. He was awarded the Turner Prize in 1995 and in 2012, the Tate Modern held a retrospective of his work. He currently lives and works between London, Gloucestershire and Devon.