Narcisse Berchère studied at the École National Superieure des Beaux-Arts, Paris, France, spending most of his life working in Paris, Provence and Spain where he focused on landscape painting. After exhibiting his works at a Salon in Greece, he returned to Egypt, crossing the Sinai desert with a friend and artist. following this, he set out on an expedition up the Nile Valley. Years later, Ferdinand de Lesseps, the developer of the Suez Canal, hired him to document the stages of the excavation of the Canal. 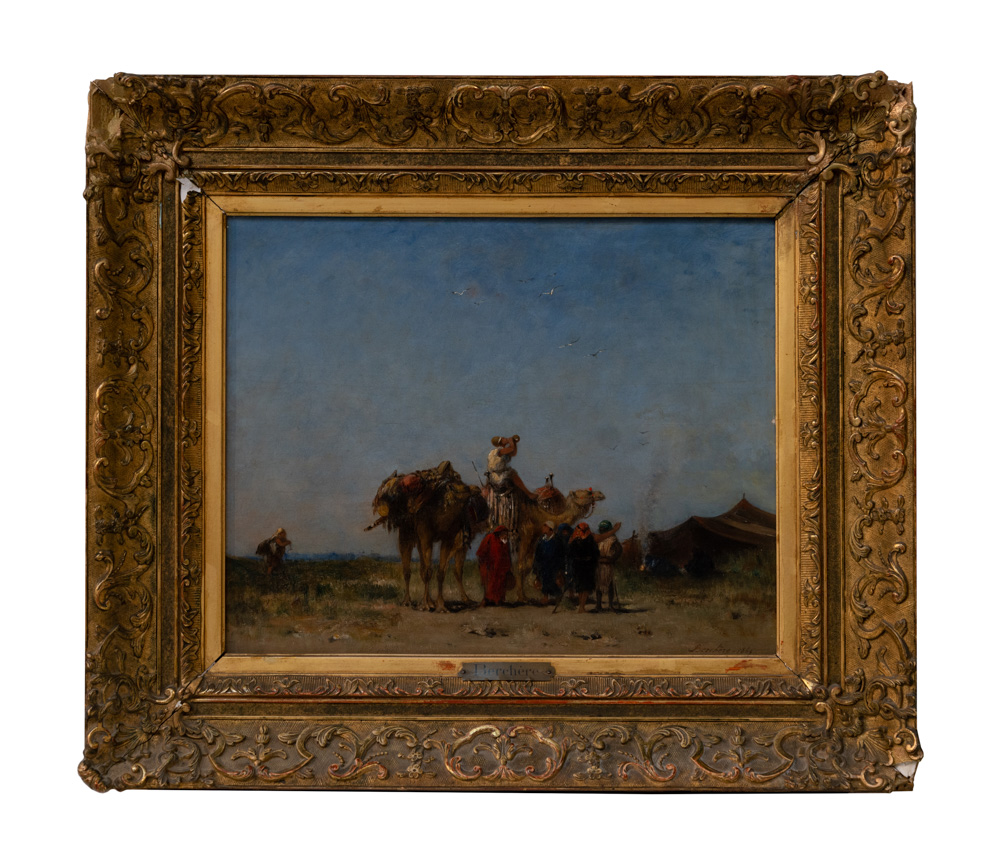 After travelling throughout North Africa and the Middle East over many years, Berchère settled in Asnières-sur-Seine. Many of his sketches and paintings are preserved at the Musée municipal d’Etampes in Essone, France.