Known for a variety of artistic practices, Jitish Kallat aims to express his personal experiences living in Mumbai, by contemplating the relationship between the individual and the masses and by considering the manner in which economic, political and historical events have contributed to the multisensory environment and complexities of life there. In this way, Kallat’s work fluctuates between concepts of pain and survival, as well as hope and despair. He considers the impact on both the self and the collective, through contrasting imagery, in turn leaving his viewers with conflicting impressions. Common themes include an analysis of the contradictory lives of migrant workers, a valuable, yet extremely neglected segment of society, whose labour continues to maintain his country’s ‘aspirations’. In Celes Terres Perpetum (2013), a series of lenticular prints, Kallat presents pieces of naan bread, a staple and basic necessity for the majority of people. From another angle however, the naan transforms into an image of a full moon, a powerful symbol that resonates across cultures and faiths as an expression of illumination, immortality and enlightenment. 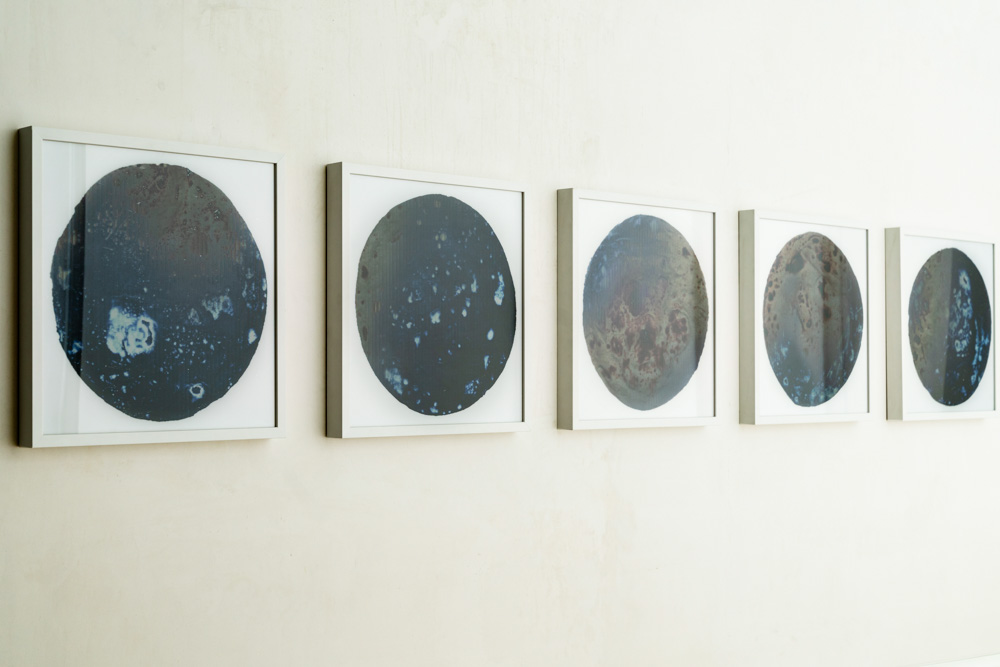 Kallat received his BFA in painting from the Sir Jamsetjee Jeejbhoy School of Art in Mumbai in 1996. He was the artistic director of the Kochi-Muziris Biennale in 2014. He currently lives and works in Mumbai, India.