Pierre Soulages has long been interested in ‘prehistory’ and how its essence can be recreated into a form inherent of the same pure and primal nature of our ancestors, when stripped of all connotations.

“During thousands of years, men went underground, in the absolute black of grottoes, to paint with black…”

Soulages named his practice ‘Outrenoir’ (Beyond Black) whereby the paintings he produces are known for their endless depth of blackness. He once said, “My instrument is not black but the light reflected from the black.” 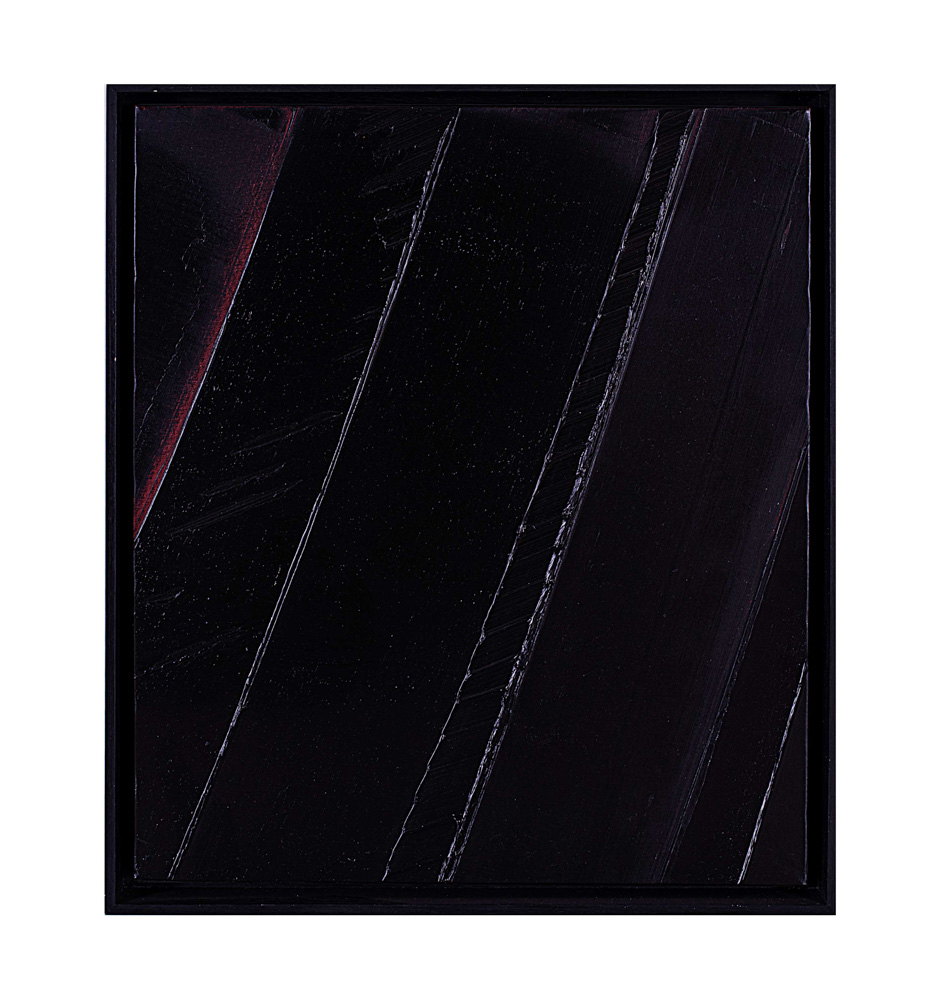 When light is reflected off of black, particularly off of the texture of the black paint that Soulages manipulates, it transforms it. Employing a variety of tools, Soulages applies his paint in thick layers, its consistency determined by his desire to create a smooth or an irregular surface. In this way, Soulages also uses light as a working material, whereby the texture that is produced, either absorbs or reflects it.

“…..I found that the light reflected by the black surface elicits certain emotions in me. These aren’t monochromes. The fact that light can come from the colour which is supposedly the absence of light is already quite moving, and it is interesting to see how this happens.”

Following his military service, Soulages opened a studio in Paris and held his first exhibition at the Salon des Independants, in 1947. By the 1950s, he had gained considerable recognition in the US and his works were included in major exhibitions at the Solomon R Guggenheim and the MOMA in New York. He is the first living artist to exhibit at the state Hermitage Museum in St Petersburg and the Tretyakov Gallery, Moscow, Russia.