With the intention of pursuing a military career, Edouard-Edmond Doigneau began his studies at the École Polytechnique in Paris, in 1885. However, by 1900, he devoted himself to painting and studied at the Académie Julian in Paris. He then moved to  Fontainebleau, Brittany, the Camargue, the Loire, Spain and then to Africa. During his travels abroad, he returned to Paris frequently and exhibited at the Salons as well as an established gallery, Galerie Georges. In 1906 he obtained a gold medal at the Salon des Artistes Français. Although he did not  like to define his work or want to ascribe it to any style, his paintings of Africa associate him with Orientalism.

Hawkers Near a City 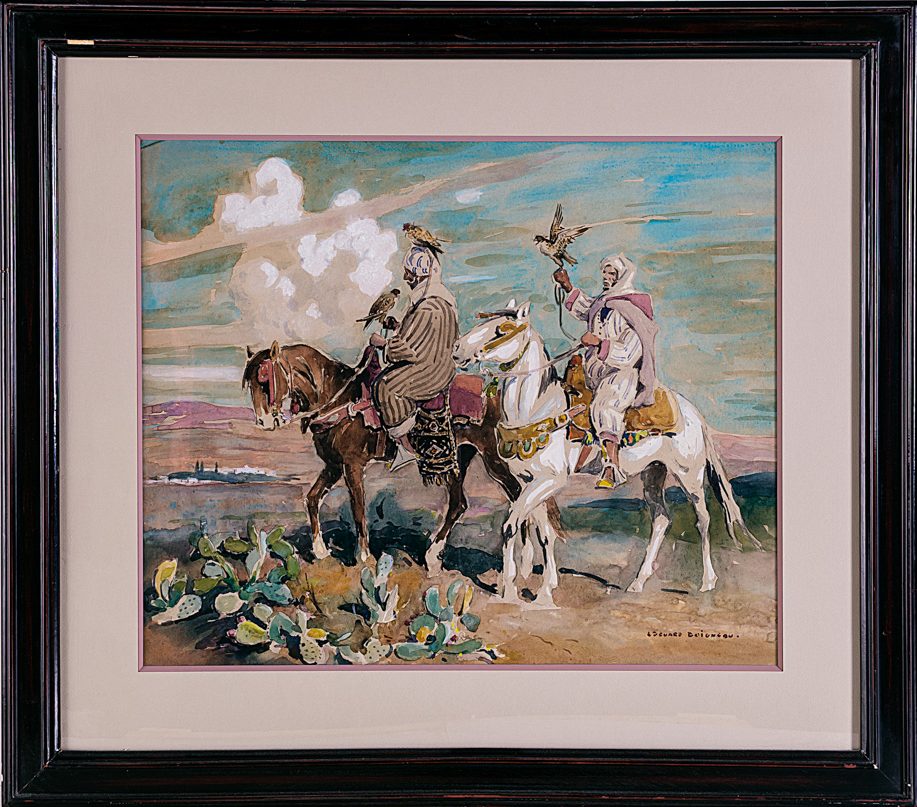