Trained as an art teacher, Kenji Yoshida was conscripted into the Japanese military in 1943 where he was selected to train to become a kamikaze pilot as part of the Special Attack Squadron of the Japanese Naval Air Force. Later on in life, Yoshida reflected on how he had planned to crash his plane into the sea, in order to avoid killing others. Ironically, it was the defeat of the Japan that saved him. The war had a profound and lasting effect on Yoshida and it was for that reason that much of his later work was simply entitled, ‘Life’. 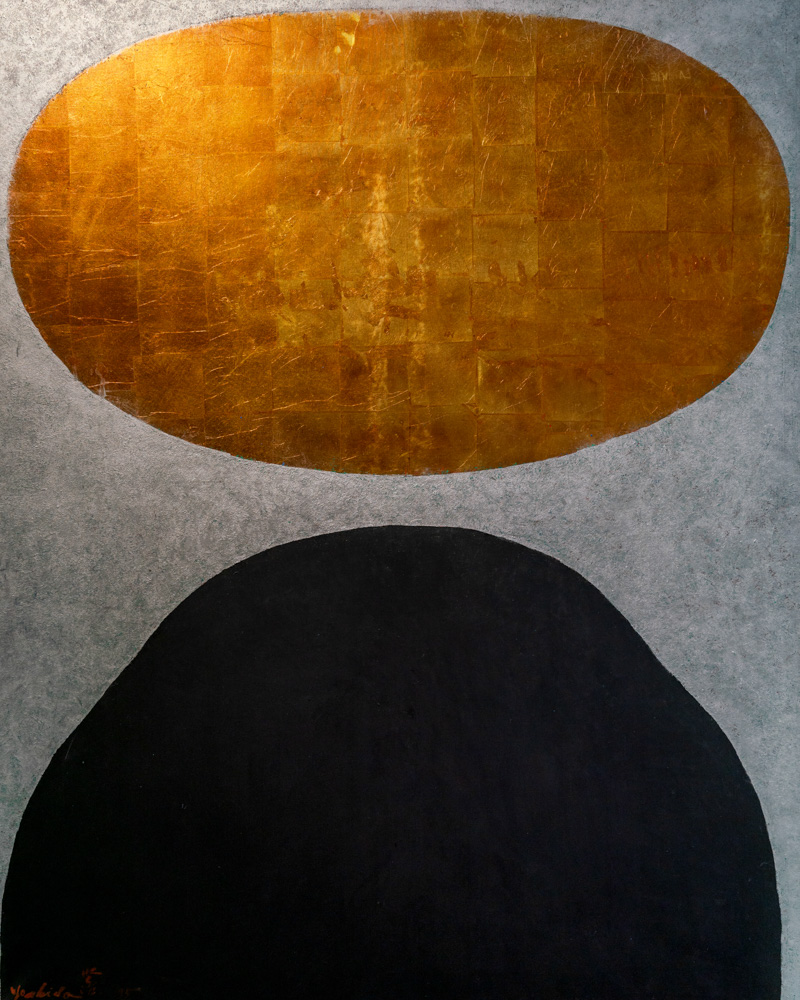 ‘I paint to tell people about the critical importance of Life and Peace. Life brightens the most when Peace occurs. Peace is supreme beauty.’

Yoshida moved to Paris in 1964, where he studied graphic art techniques with the abstract impressionist printmaker Stanley Hayter. By 1972, he started to develop a style more closely associated to his later work, although he continued to work on a smaller scale, on paper. It was by 1984 that his work expanded to a much larger size and he began to incorporate gold, silver and platinum leaf onto his canvases, empowering their archetypical incandescence. From then on, Yoshida’s work became increasingly mystical and often appear to be representations of cosmic energy.

Yoshida was the first living artist to have had a retrospective at the British Museum in 1993.