Alekos Fassianos gains his inspiration from the mythological folklore that permeates Greek culture and traditions. Inherent of an enchanting lyricism, his paintings evoke the world of ancient Greece as well as the characters and mythical tales that adorn the artifacts from that early civilization. The stylistic attributes that bear a resemblance to antiquity, combined with Fassianos’ fascination with modern and contemporary Greek poetry, making his work easily recognizable as a symbiotic amalgamation of modernity and mythology. 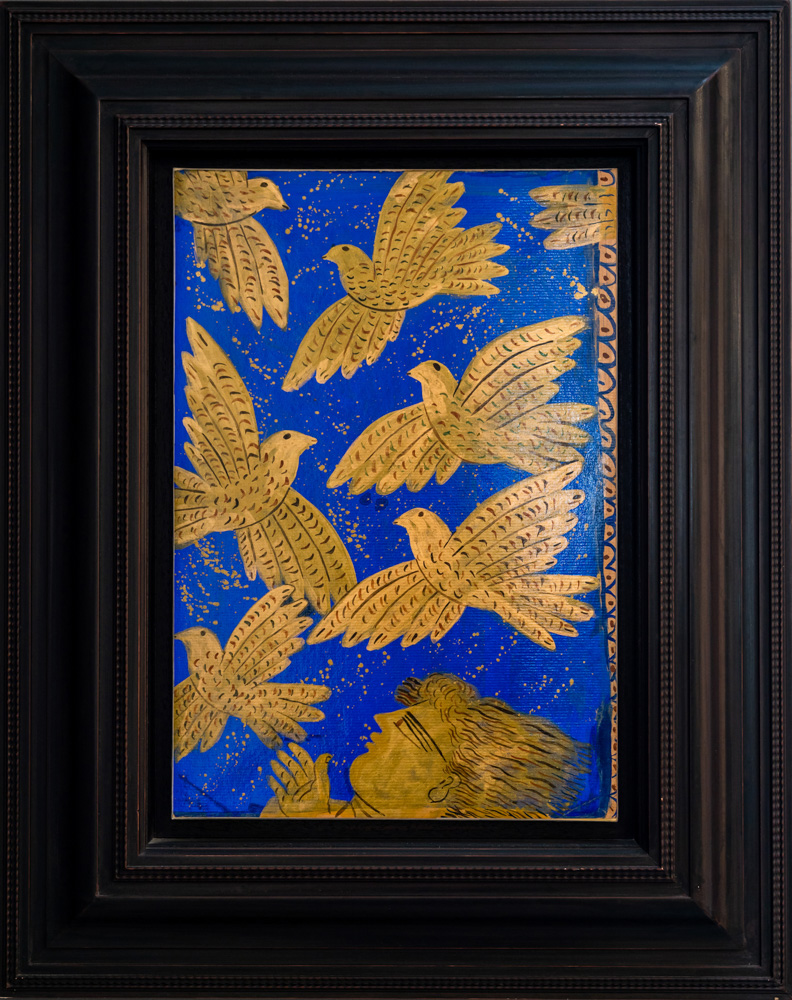 Fassianos studied at the School of Fine Arts in the National Technical University of Athens – (NTUA) from 1956 until 1960. He held his first solo exhibition in Athens in 1959. In 1960, he was awarded a scholarship from the French government to study lithography at the École Nationale Superieure des Beaux-Arts in Paris, completing his course in 1963. On his return to Greece, he worked for a number of newspapers before pursuing his artwork fulltime. By 1967, Fassianos moved back to Paris where he currently lives and works.