Yves Klein was a founding member of the Nouveau Realism movement. A pioneer of performance art and an inspiration behind minimalism and pop art, he was an important figure in Postwar European art. Although he had painted monochromes as early as 1949, Klein held the first private exhibition of his work in 1950, featuring a series of monochromes inspired by various cities that he lived in over the years. His following exhibition in 1957, featured 11 identical blue canvases, whereby he employed his trademark ultramarine pigment, later to be known as International Klein Blue (IKB). Each painting was placed away from the surrounding walls, attached to a pole, to increase their spatial ambiguity and were priced differently. Buyers were invited to observe each canvas and purchase the one that spoke to them. Klein hoped that each buyer would envision something unique within the canvas, that others may have overlooked. 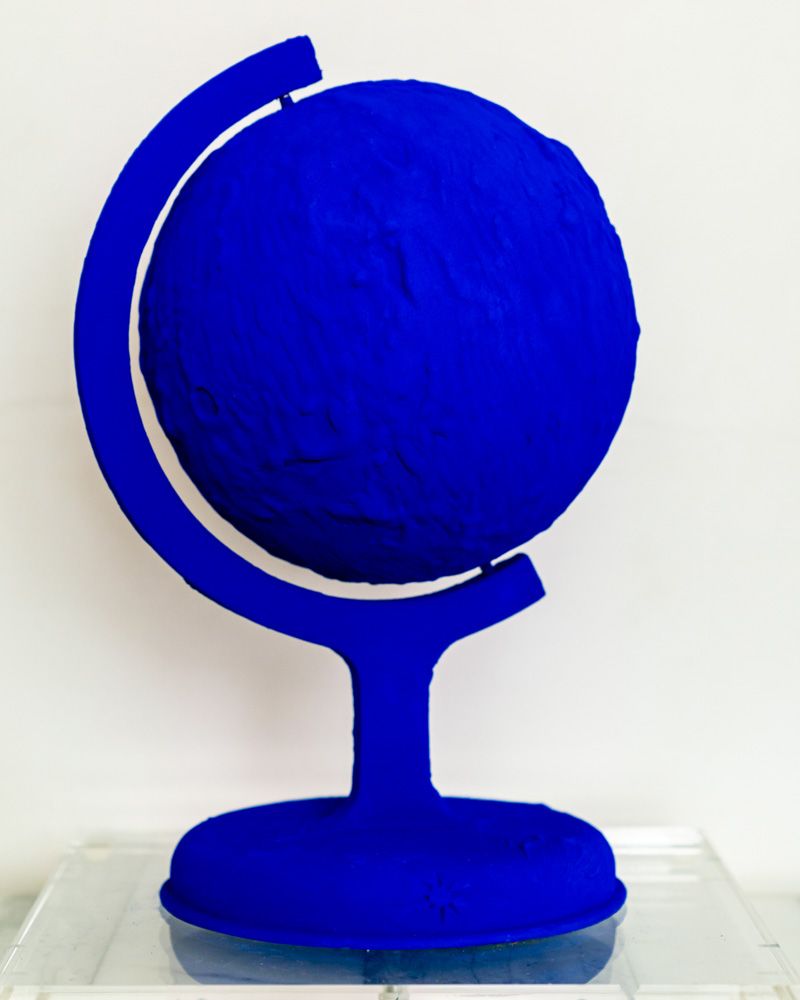 Klein had long expressed an interest in Zen Buddhism and in 1953 traveled to Japan where he became a master judo at the age of 25 and the first European to rise to the rank of yodan (4th degree black-belt). This deeply impacted the philosophy of his work, whereby he aimed to employ ‘ritual’ as a technique in which to express abstraction and to depict ‘reality’ of feeling, as opposed to ‘representation’ of form, in his strive for total liberation. At a heart of his work was a concept that Klein described as the Void whereby he aimed for his work to be devoid of worldly influences and expectations.