Much of Guido Casaretto’s latest work considers the correlation between a particular subject matter and the concept from which the subject derives. One could say that his resulting imagery is an expression of the space wherein creative exploration takes place, allowing him to reflect on the representation of nature and how various mediums are used to imitate the same reality, thereby influencing perception. 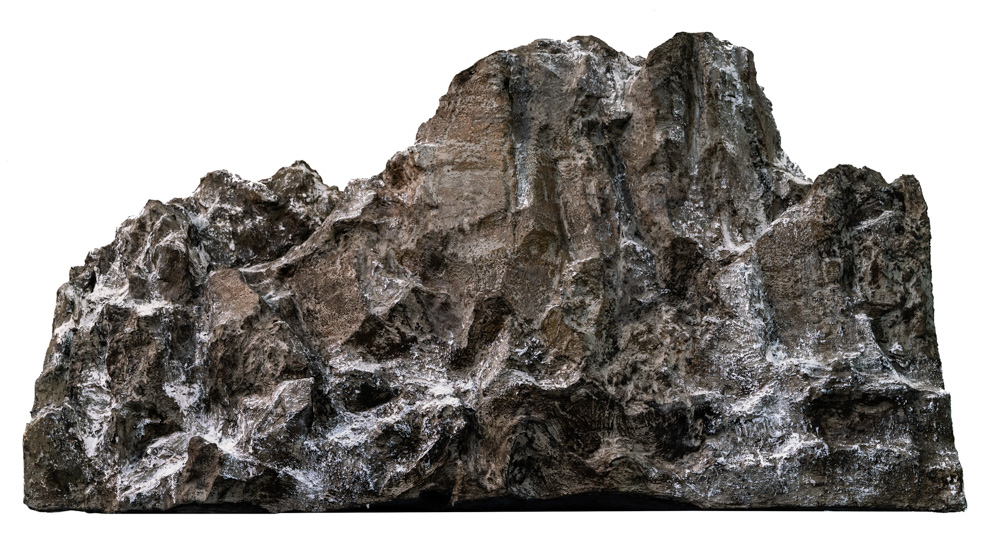 Describing his sculptural mountains, he says, “I tried to copy the brushstroke technique of the impressionist period, enlarging their width. The correlation between a stroke and the periodical build-up of a factual mountain is imperative in this piece, so I decided to use only the materials given in any classical painting, such as linen, acrylic and oil paint, by gradually molding them. The subject does not derive from any actual mountain chain, but is an approximation of an Alpine landscape, hence the made-up title.”