Born in Morocco but having lived in Saudi Arabia and the USA, Lalla Essaydi’s work demonstrates her need to document the ‘spaces’ that she, as an Arab woman, has inhabited both physically and psychologically. Although she admits that her work is an expression of her personal history, she acknowledges how it reflects the sentiment of many women throughout the Muslim world. By considering the manner in which the public space in the Arab world is typically patriarchal and the private space, matriarchal, Essaydi highlights the importance of architecture in Islamic culture and reflects on the way in which structures of power dictate a space’s functional purpose. Moreover, as she incorporates calligraphy over her imagery, she employs a sacred Islamic art that has long been customarily inaccessible to women. By applying it with henna, a dye used for a ritualistic body art meant solely for women, Essaydi’s work is layered with allegory that calls to mind the Orientalist voyeur. 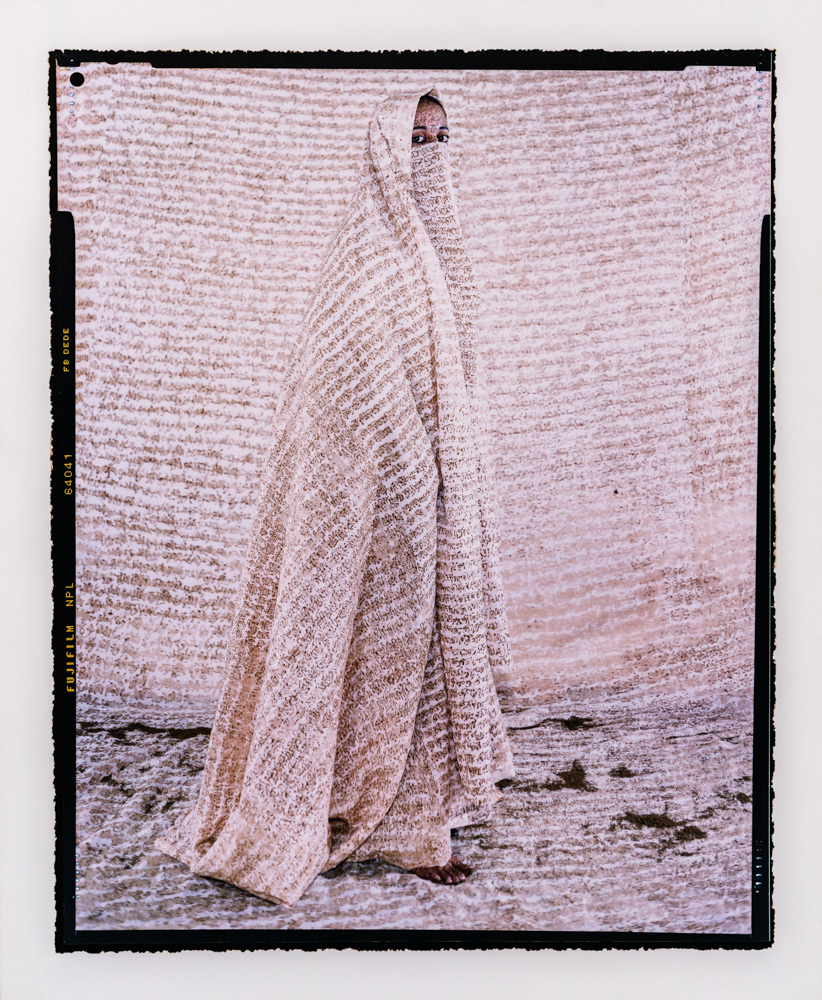 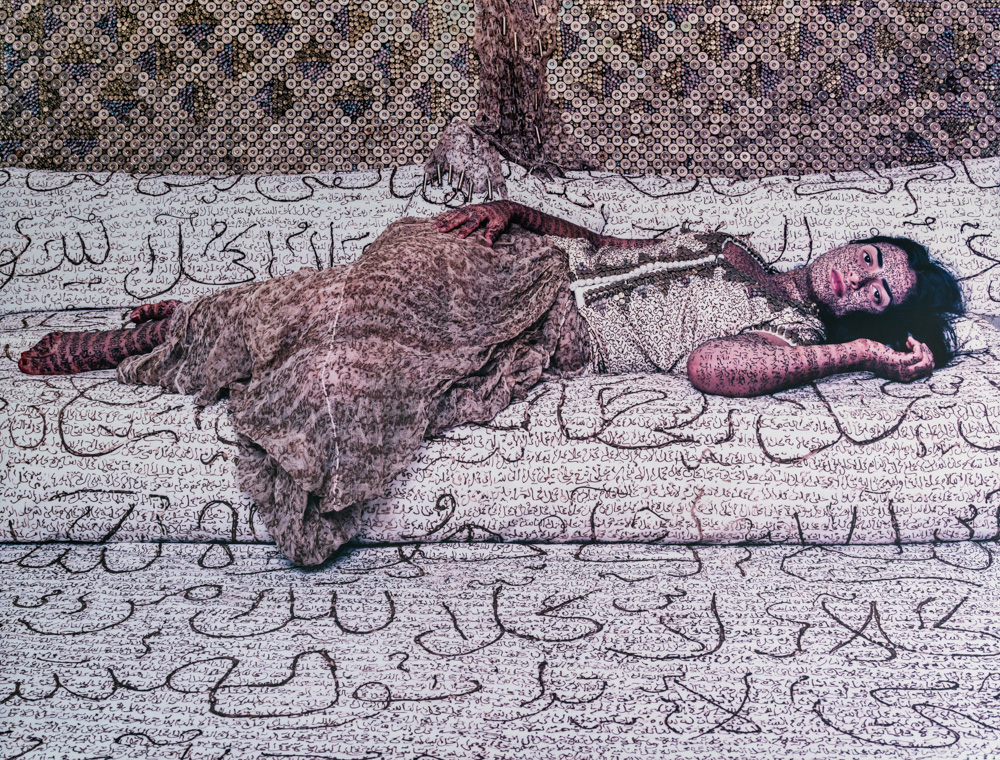 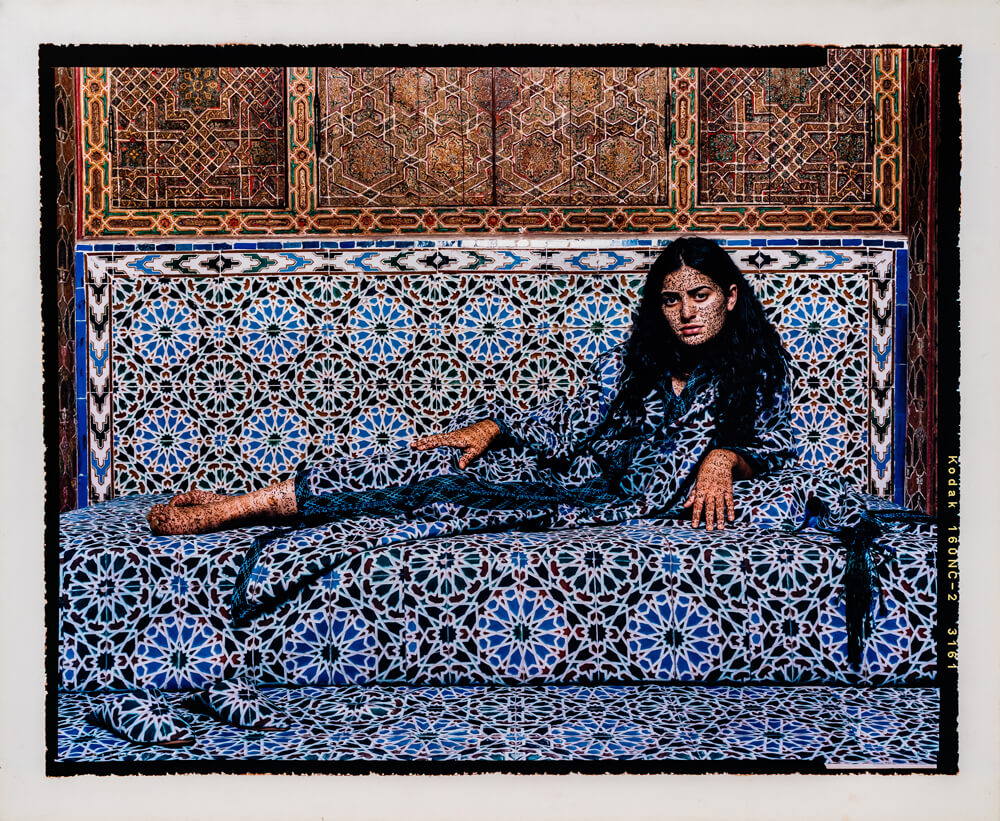 “..Thus crossing a permissible, cultural threshold into prohibited “space” in the metaphorical sense, can result in literal confinement in an actual space. Many Arab women today may feel the space of confinement to be a more psychological one, but its origins are, I think, embedded in architecture itself. In my photographs, I am constraining the women within space and also confining them to their “proper” place, a place bounded by walls and controlled by men. The henna painted on their bodies corresponds to the elaborate pattern of the tiles. The women then, become literal odalisques.”

Furthermore, Essaydi contemplates the manner in which the West’s continued fascination with aspects of Orientalism, impact the Islamic world’s self-concept.

“..Arab men feel the need to be even more protective of Arab women, preventing them from being targets of fantasy by veiling them. The veil protects them from the gaze of Orientalism. While we’ll probably never know whether the return to the veil and the rules that accompany it is a response to Western influence or merely coincidental, it is hard to believe there is no relationship. In a sense what the West did was to erase the boundaries of public and private; in part the Arab world responded by re-instating those boundaries in a way that would be clear and visible. Within the veil, an Arab woman has a private space…”

Lalla Essaydi currently lives and works in the USA. She obtained her MFA from the School of the Museum of Fine Arts/TUFTS University in 2003.