Born to a well-established Jewish family, Ludwig Deutsch studied at the Vienna Academy of Fine Arts between 1872 and 1875. He moved to Paris in 1878, settling there by 1880,  where he developed an interest in Orientalist art. His first journey to the Middle East was in 1885 and he visited Egypt at least three times in the 1890s. During this time, Deutsch collected a number of North African objects which he would use for reference in his paintings, allowing him to recreate detailed and realistic his scenes in his Paris studio. Particularly interested in capturing the opulence of the palace environment, Deutsch often photographed his subjects and the surrounding architecture to ensure that he would accurately render the traditional features such as the niches, mashrabiya, tiles and columns, whilst working in Paris. 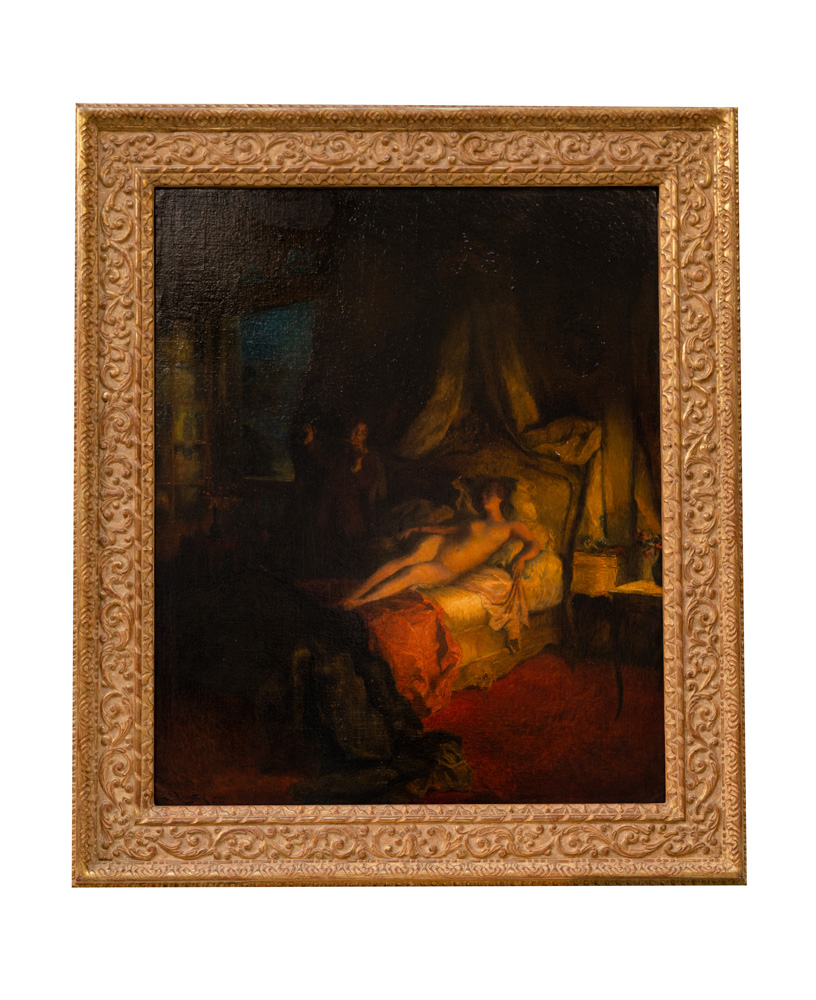