Prior to obtaining a Diploma in Panting from Baghdad Institute of Fine Art in 1959, Rafa Al Nasiri moved to China on a scholarship to study printmaking at Beijing’s Central Academy of Fine Arts, graduating in 1963. It was during his time in China that his passion for calligraphy developed, whereby he began to experiment with ways in which to incorporate Arabic lettering into his paintings and prints.

“I was attracted to it simply because it seemed to have within it, all the essential elements of outstanding art, based on, and sustained by, the spirituality of the human being, as well as the elements of place and time. It is also wholly consistent with the oriental philosophy of life in its approach to nature and the universe, and in its sensitivity to visual elements in all their aspects” 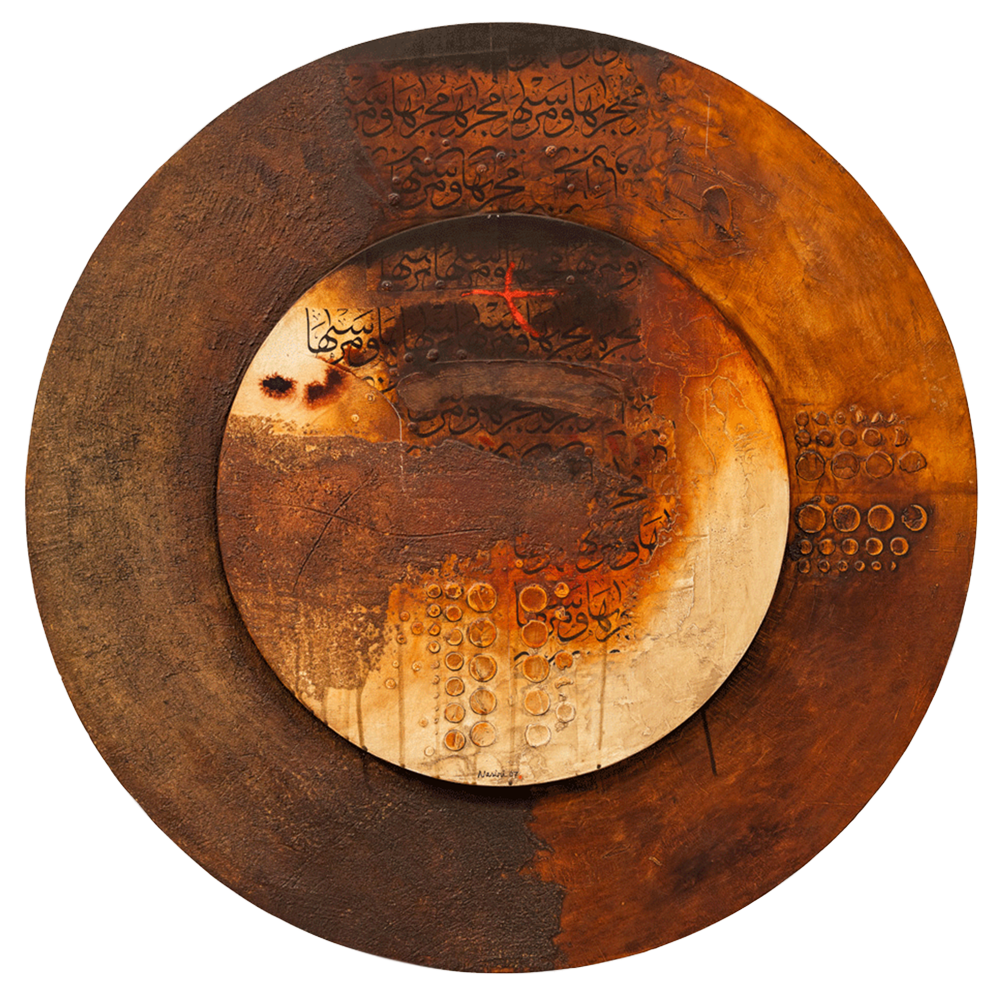 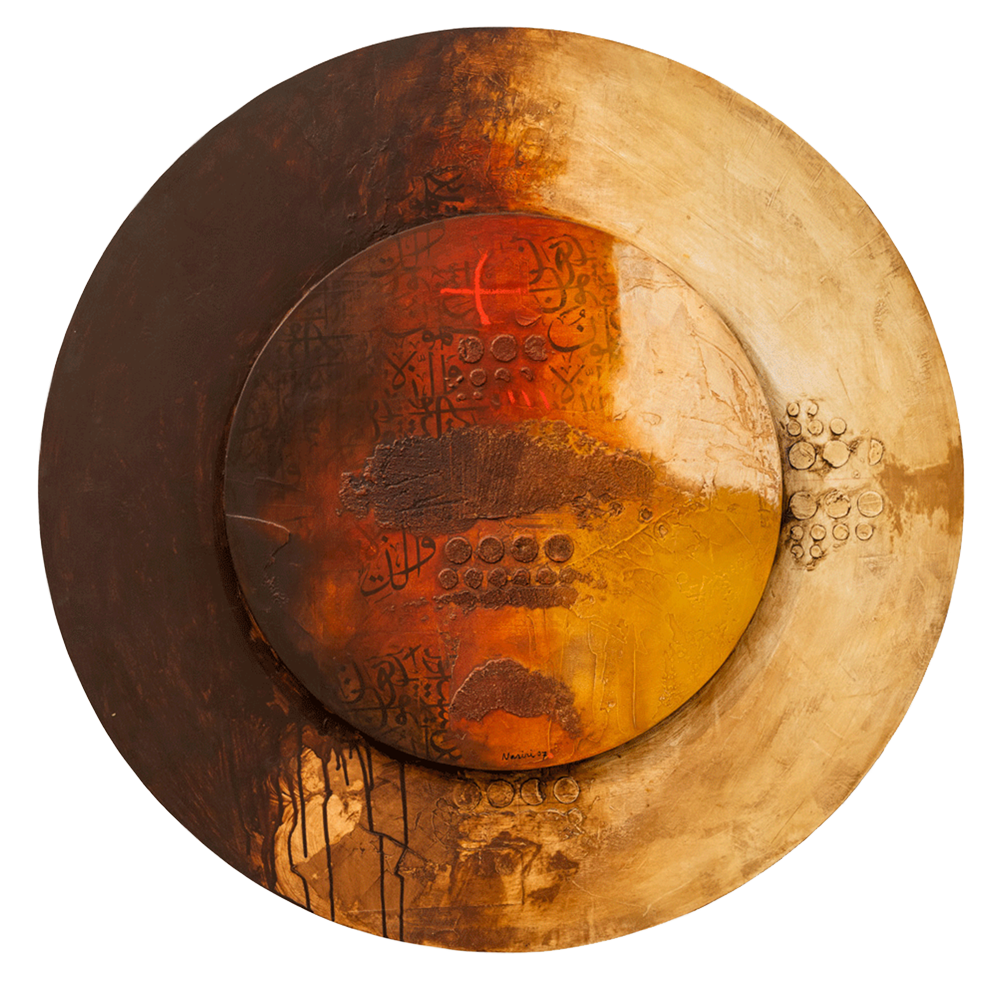 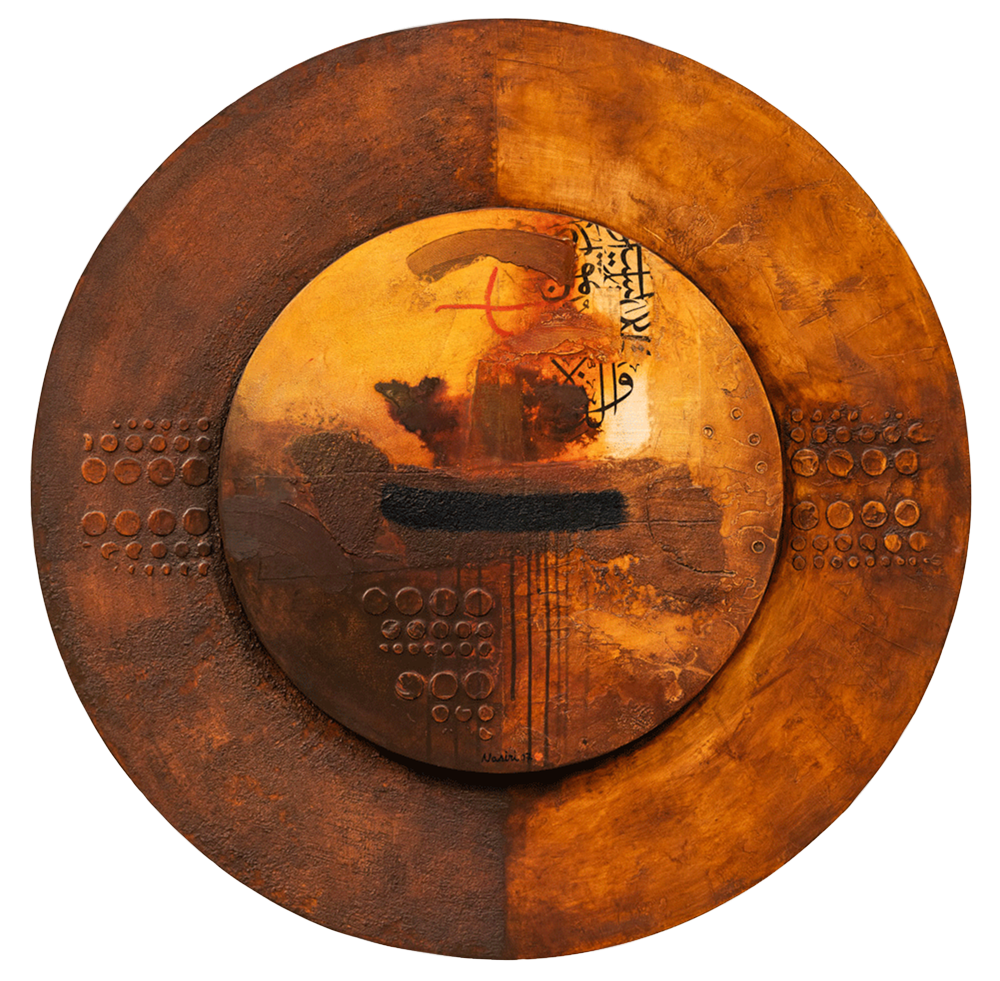 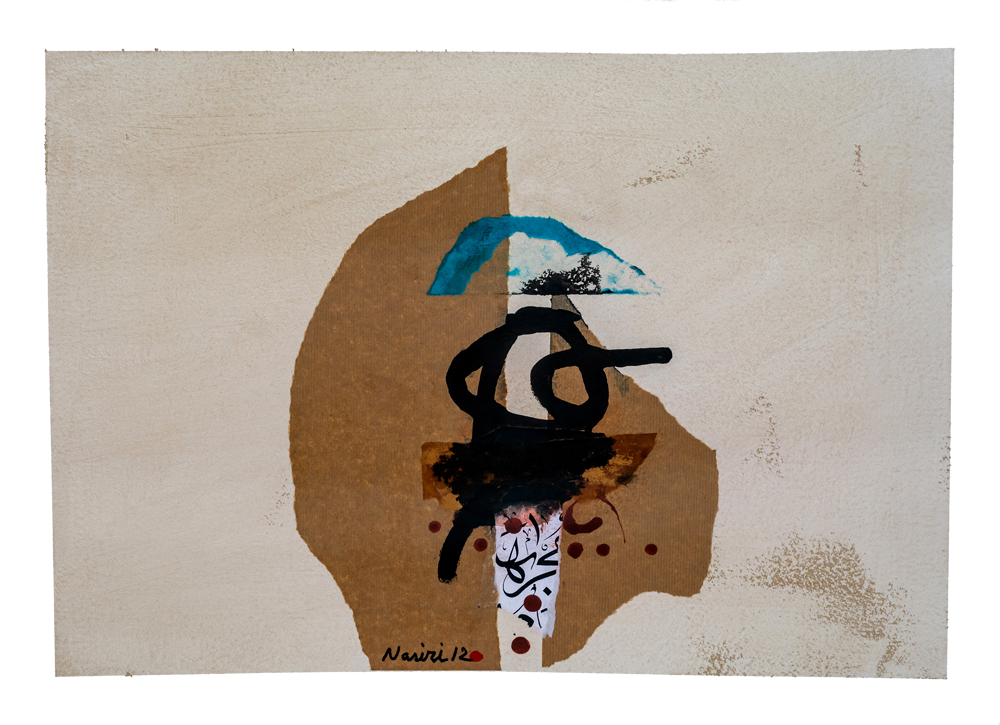 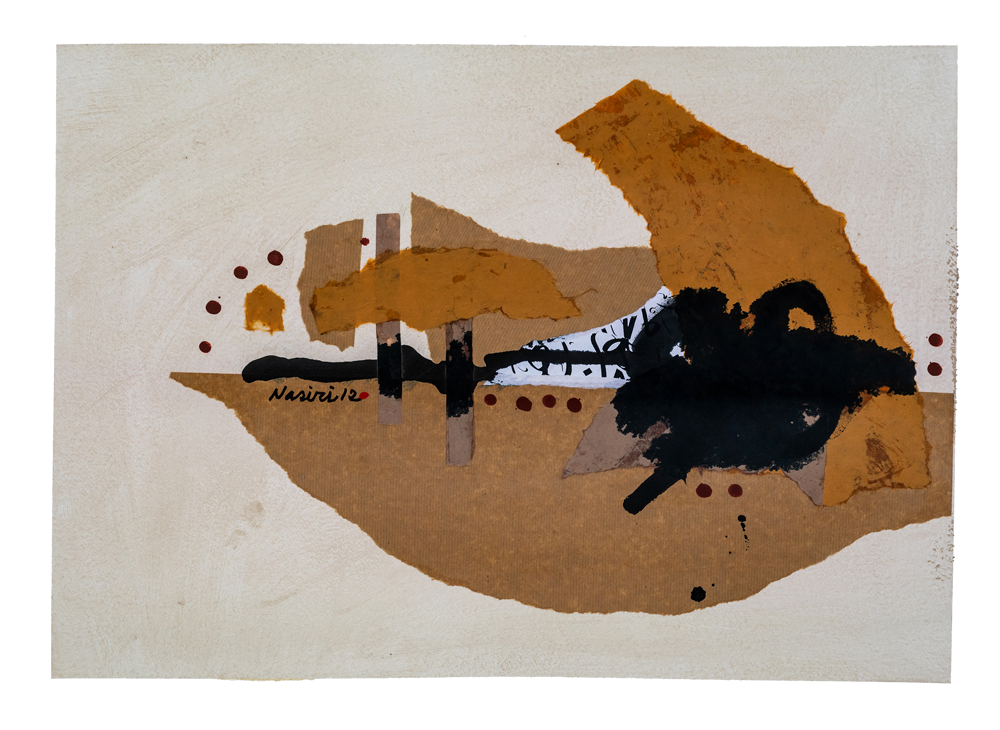 Al Nasiri was a major proponent of the Pan-Arab Modern Art Movement which gained momentum in the 1970s, along with other renowned Iraqi artists who were practicing when Baghdad was the centre for contemporary art and culture in the Arab world. He was involved with a number of artistic movements that were active at this time such as New Vision, a collective aimed at encouraging artists to exercise freedom and experimentation within the context of heritage. In this way, Al Nasiri was an early practitioner of the Huruffiya Movement.

“I used Arabic calligraphy in my art work, regardless of its linguistic connotation, to establish a kind of formal identification between nature and man; as well as between place and time. It is a sort of spiritual and mental exercise of the daily artistic creation of life”

It was during the time of the first and second Gulf War, that Al Nasiri sought solace through poetry, searching for ways in which to express his agony related to the occupation and destruction of his homeland.

Al Nasiri taught at the institute of Fine Arts, Baghdad, Iraq for over 25 years, establishing a department specializing in printmaking in 1987. He taught at Yarmouk University, Irbid, Jordan (1974-1989), and the University of Bahrain, Manama, Bahrain (1997-2003).