“Art operates outside of the linguistic realm. Can we dare to presume that all of human wisdom and all that constitutes consciousness can be or has been propositioned and made linguistic? In art we immerse ourselves in the domain that is outside of language to revivify what language represents. Art moves us from one set of presuppositions to another. From a Jungian perspective (School of Swiss Psychologist Carl Jung), art elicits a manifestation of the SELF (the deepest level of identity, also known as “the spirit”) which is the central identity that transcends all proximal and changeable identities.” Salman Al Najem

Al Najem aims to incorporate elements of “the spirit” into his works, throughout his process of making work.

Using “heavy-duty” industrial materials and wall-paint, he explores unconscious thoughts and feelings that are not always bound to words. He aims to disentangle complex spiritual, mystical and societal matters and to simplify them through his presentation, by creating complex paintings and using common symbols from popular culture and / or contemporary life. 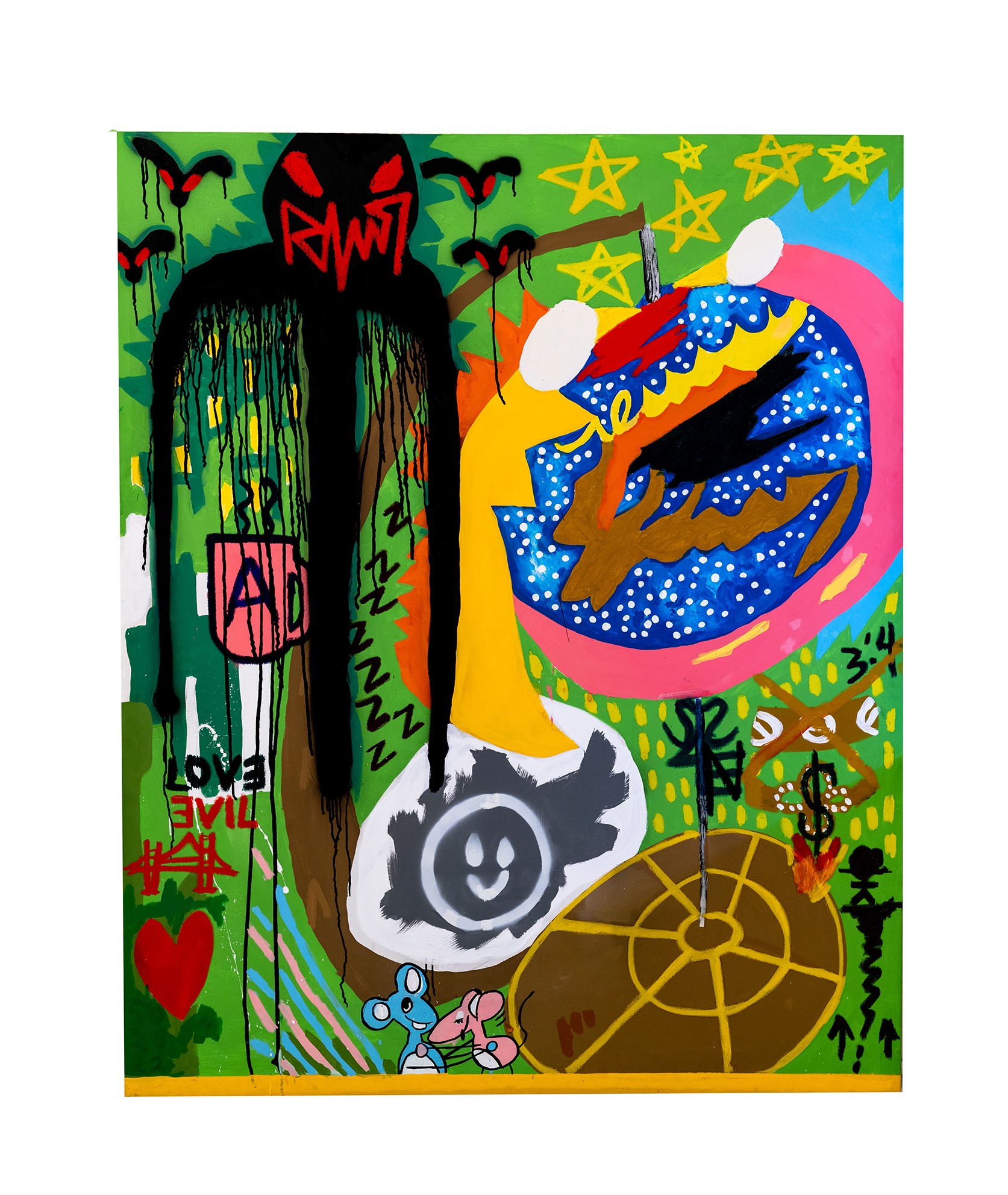 According to Carl Jung, the collective unconscious is a collection of knowledge and imagery that every person is born with and is shared by all humans due to ancestral experience. Likewise, Al Najem avoids tampering with the production of his paintings and rather allows them to develop their own identity. He employs the ‘space’ as a vessel for the collective-unconscious to flow through him.

Inspired by the works of visionary artist William Blake (b.1757, London), Hilma af Klint (b.1862, Sweden), G. R. Santosh (b.1929, India) Al Najem works to conquer his ego, allowing him to delve deeper into the unconscious mind. By visiting such immaterial plains of existence, Al Najem endeavours to return knowledge from the shadows to the light. His work doesn’t necessarily have an underlying meaning that he aims to impart onto the viewer, but rather he hopes that his work creates meaning for the viewer. The symbology, colours, compositions and energy of his paintings intend on arousing the viewer’s unconscious mind and to unlock our potential.

Salman Al Najem holds an MA in Fine Art from the Royal College of Art and BA Interior & Spatial from University of the Arts London, LCC. Al Najem has exhibited around the world in places such as: London, Paris, Milan, Dubai and Saudi Arabia.