Born to a father who was an engineer for the construction of the Suez Canal, Henri Émilien Rousseau left Cairo with his family after the Anglo-Egyptian War, and settled in Versailles, France in 1885. 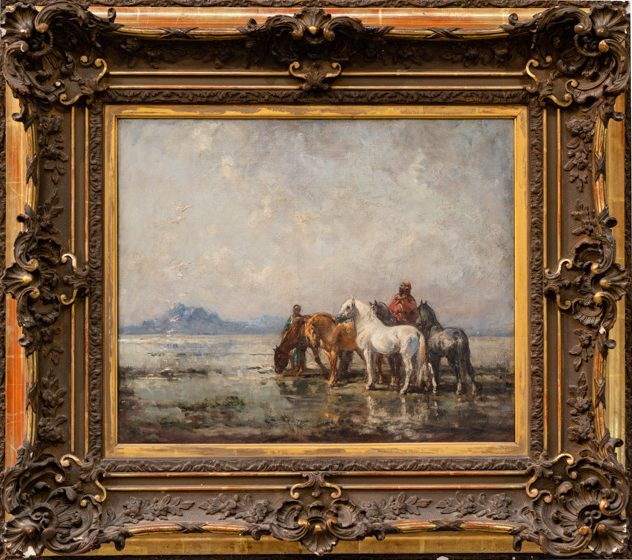 Morning by a lake, Algeria

Rousseau studied at the École Nationale Supérieure des Beaux-Arts, Paris and after receiving an award at the Salon in 1900, the Academie des Beaux-Arts offered him a travel grant to Europe and North Africa. The works he created during his travels, were presented in 1913 at the Armory Show, in the US. Between 1920-1932, he continued his trips to North Africa, particularly Morocco. He moved to Aix-en Provence in 1919 and became Vice-President of the local art academy. Although much of his work was forgotten after his death, the creation of the ‘Henri Rousseau Association’ in 1994, triggered a revival.