Diego Masi works in a variety of mediums including painting, electromechanics and sound. He is probably best known for his monochromatic paintings, executed with distinctive swirls of black and white. By integrating rhythmic and repetitive lines with a slight manipulation the surface of the canvas, Masi’s biomorphic formations waver between painting and sculpture, inherent of an illusive sense of depth and movement. 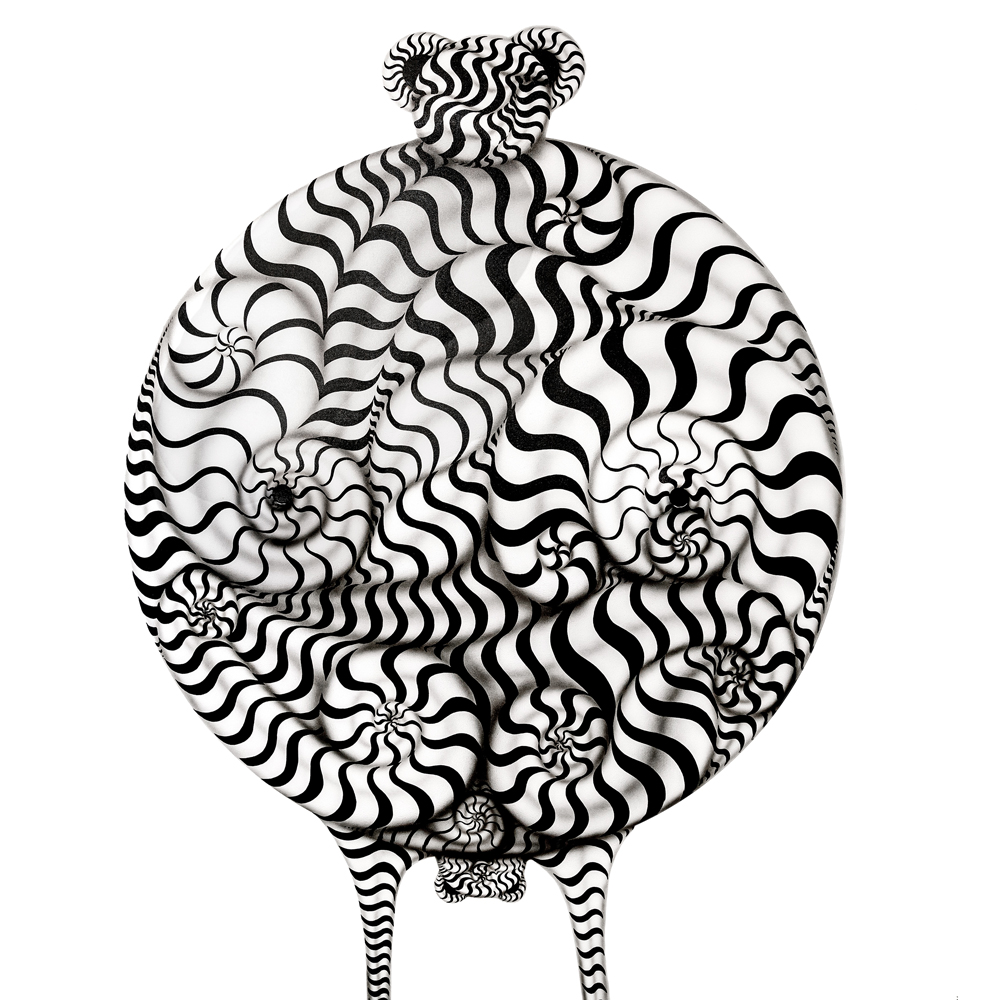