It was Juan Genoves’ El Abrazo (The Embrace), that garnered him a great deal of attention following the death of Francisco Franco and the end of his decades long dictatorial regime. El Abrazo depicts groups of people hugging one another, emblematic of people’s desire for democracy, a symbolic protest the imprisonment of Franco’s political prisoners and Genoves’ reaction to the political turmoil of the time. Subsequently, the distribution of thousands of prints of this work across Spain between 1973-1976, saw Genoves’ brief imprisonment. 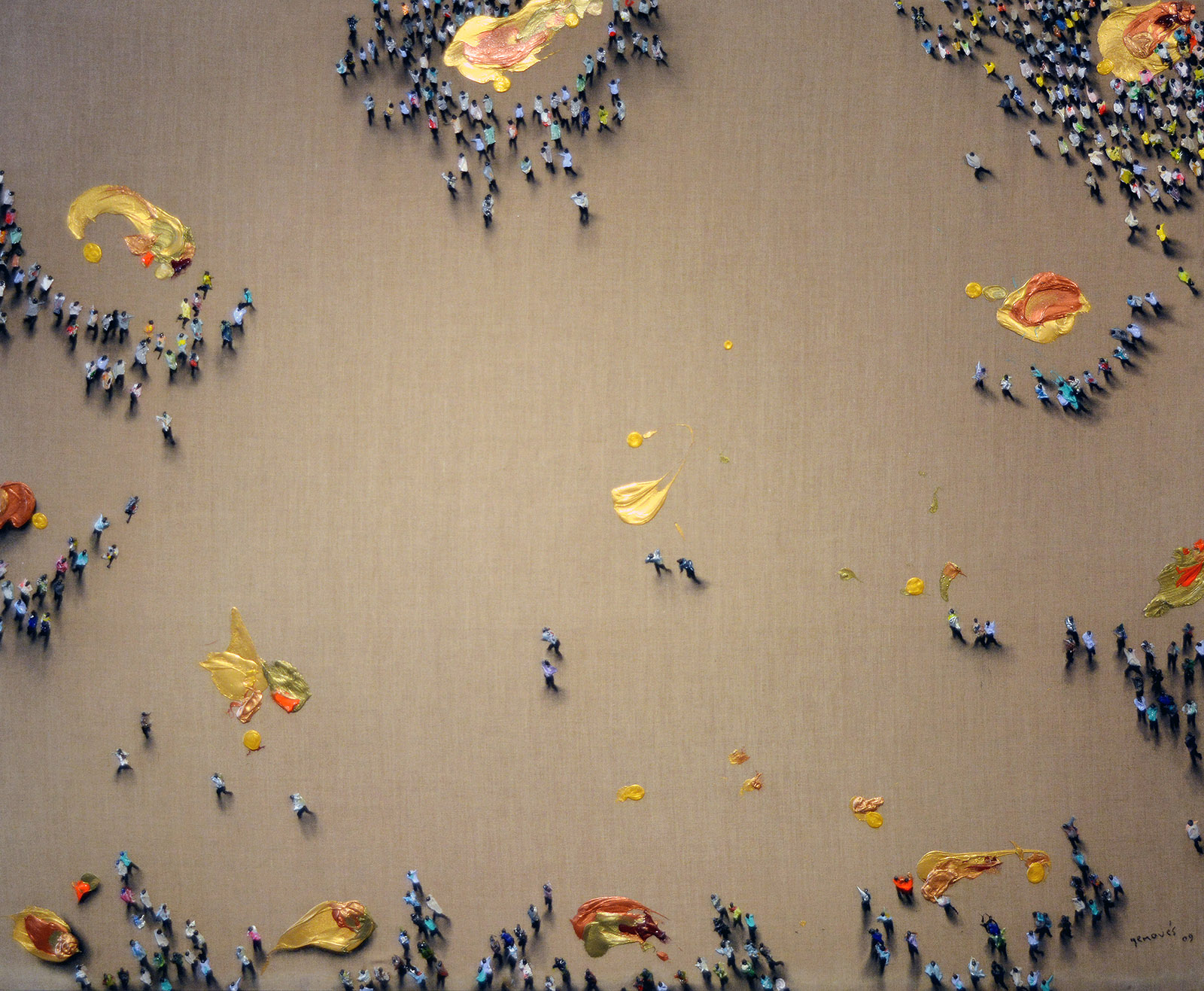 As his artistic career progressed, Juan Genovés arose to become one of the key figures in the revival of Spain’s artistic scene. The fleeing figures in his earlier paintings call to mind crowds of people fleeing bombings. In continuation of this style, his later work, such as ‘Oro’, considers the relationship between the individual and the collective without any clear contextual surrounding. The aerial perspective makes the viewer feel as if they are rising above, taking on the perspective of a bird.

“I realized that my crowds came out as individuals….I am interested in painting each person with their minutely different ‘being.’”