Niels Simonsen’s artistic practice began when he was only 14 years old and decided to take drawing lessons at the Royal Danish Academy of Fine Arts. Once he reached adulthood, his career continued as a sculptor, focusing on portrait busts as his main source of income. By the early 1830s, Simonsen turned his attention towards painting and by 1834, he travelled to Munich, where he lived for two years, developing friendships with a number of students at the Academy of Arts. By 1837, he was selling his paintings to a number of aristocrats and businessmen, enabling him to fund his travels to Italy and Algeria, gaining inspiration for further work. By 1842, Simonsen began teaching military painting at the Royal Academy in Denmark but continued to work on his scenes of Algeria which grew him considerable popularity. Simonsen was knighted in 1852. 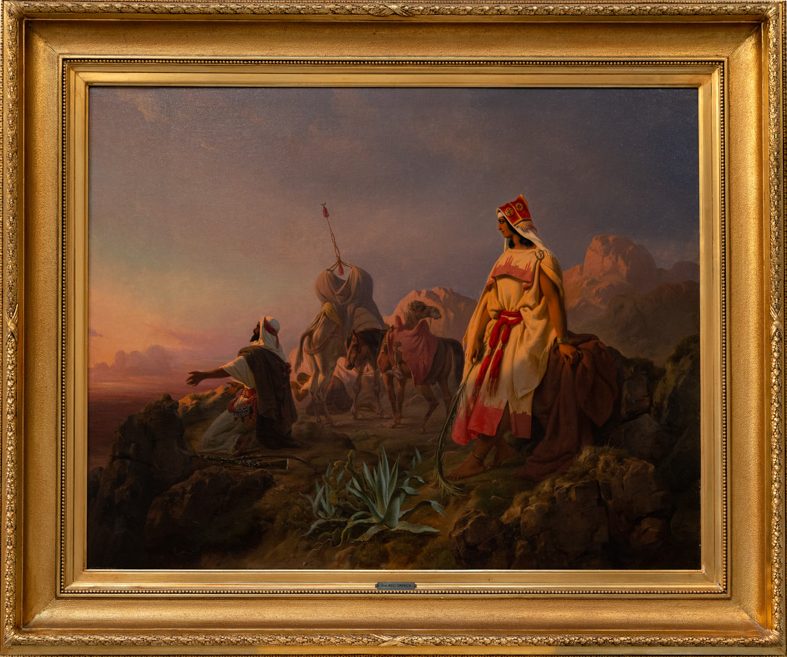 Prayers in the Desert