Alberto Biasi, one of the leaders of Italian Postwar Art, cofounded the historic art collective Gruppo N in 1960, which aimed to explore the possibilities of optical art. Each of the works produced under Gruppo N were created by the collective with no sole author. It was during this time, that Biasi developed his Trame series, rectangular, permeable objects, that considered the relationship between light and the viewers shifting gaze, through the employment of optical-kinetic attributes; his Rilievi ottico-dinamici series, with overlapping lamellar structures in contrasting colors; his Torsioni series, featuring bicolor lamellae, employed in order to generate dynamism through differing observer viewpoints; his Ambienti pieces; and his Light prisms. 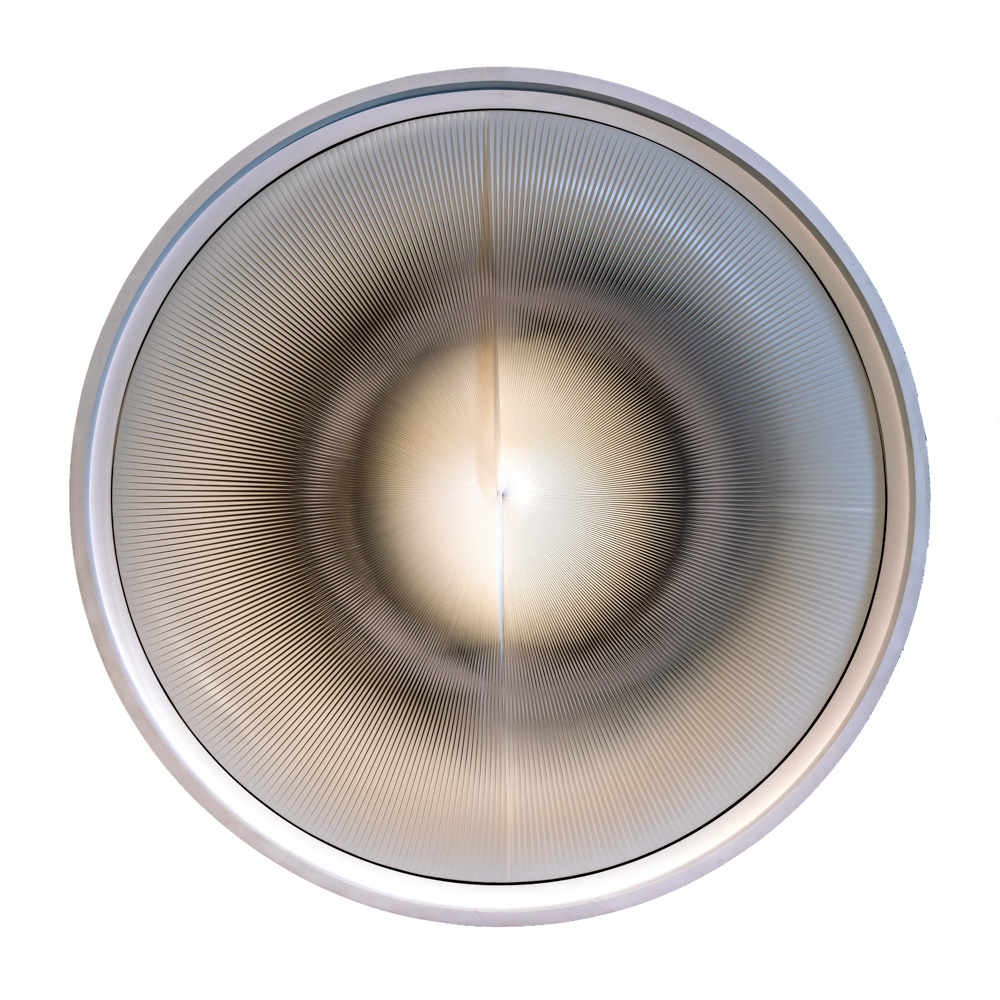 In the 1970s, after his Gruppo N experience, Biasi began to develop Politipi, a style that he devoted himself to until the 1990s, whereby small colour inserts appear through the layering and interweaving of fine strips, suggestive of an additional dimension. In the late 1990s, Biasi created his Assemblaggi, whereby combinations of differing monochromatic surfaces enabled their multidimensionality to have an even greater impact. Over the last decade, such a feature was created through various mediums such as steel.

Biasi studied Architecture at the University of Venice and also partook in courses in industrial design. From 1969 to 1988, he taught of Advertising in Graphic Art at the Professional Institute, Padua, Italy.