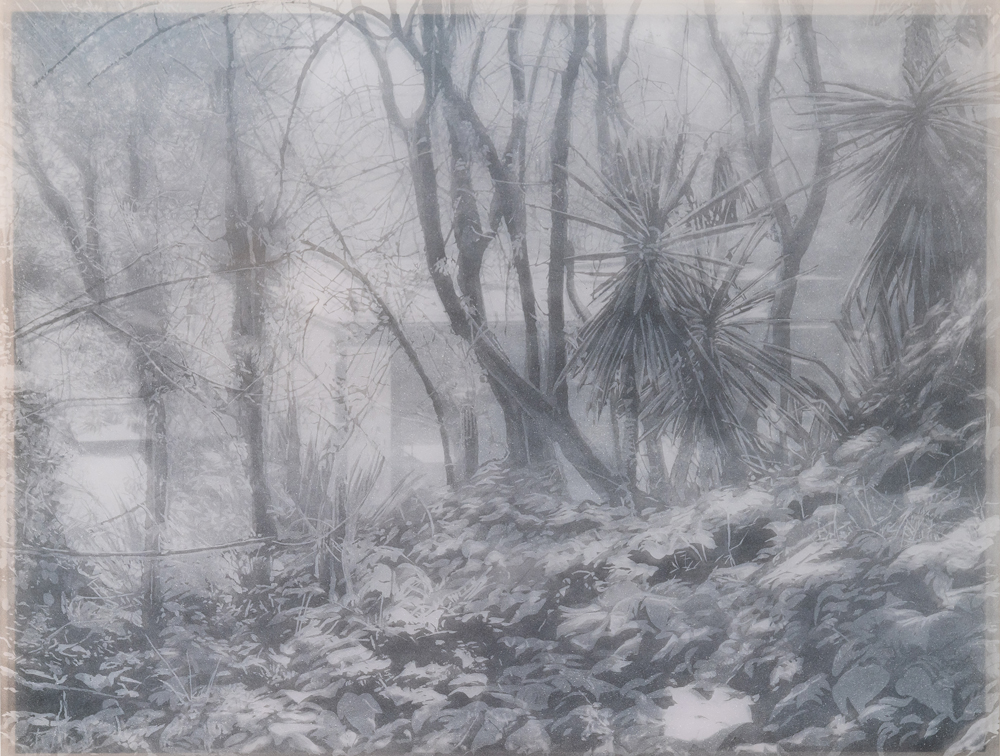 In his wall-based series of houses, Hartley photographs iconic modernist domestic architecture around Los Angeles, California. In doing so, he considers the idea of the ‘boundary’ that exists between the interior and exterior, the private and public space, the manmade and natural environments and the manner in which these boundaries are continually reassessed. As nature begins to occupy the spaces and the glass walled pavilion is overcome, concepts of decay, decline, isolation and voyeurism become apparent, initiating a desire for further boundaries to arise.

Alex Hartley studied at Camberwell School of Arts and Crafts between 1983-87 where he received his BA. He completed his MA at the Royal College of Art, London in 1990. He currently lives and works between London and Devon.