Benjamin Constant studied at the École des Beaux-Arts, Toulouse, France, beginning a career painting in the Orientalist style. He later became a distinguished portrait painter, particularly in England where he was a favourite of the aristocracy, having painted notorieties such as Pope Leo XIII, Queen Alexandra of the United Kingdom (1901) and Henri Blowitz (1902). On his frequent travels to the USA, he was requested to paint a number of high-profile dignitaries as well.  Constant was also one of the founders of the Société des Peintres Orientalistes Français along with other renowned French artists. 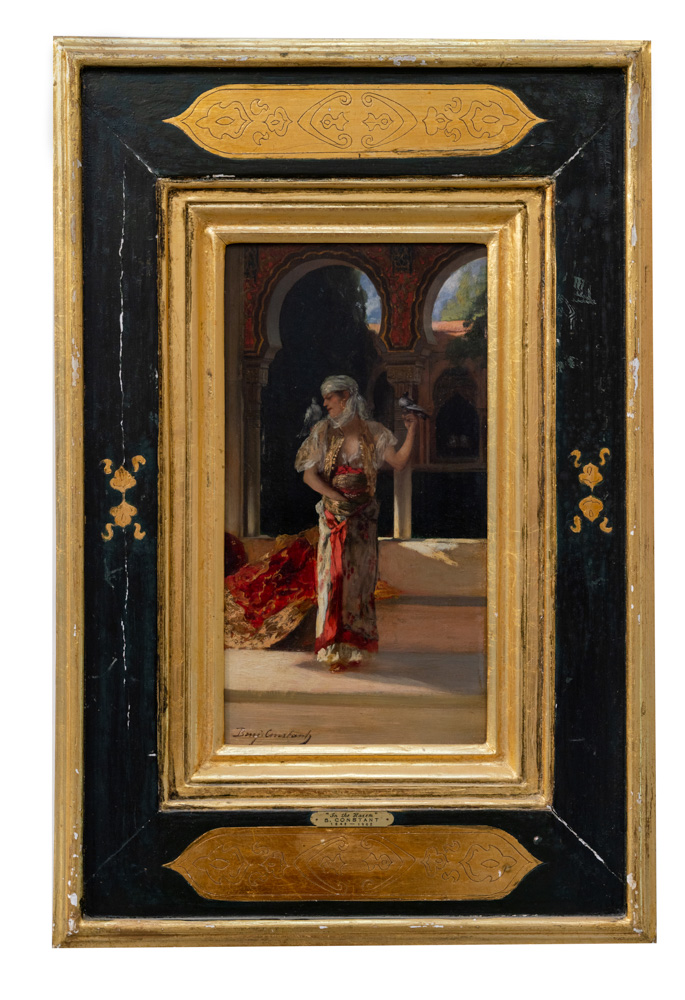