Farhad Moshiri was first recognized for and is probably most often associated with, his paintings of jars, adorned with poetic Persian sayings that are written in Persian calligraphy. The crackling technique that he employs over his jars, is indicative of his fascination with the archaeology and the rich ancient history of his home country, Iran. Their monumental nature, prominence on the canvas, reflects Moshiri’s desire to emphasize a specific message, calling to mind his conceptualist tendencies. 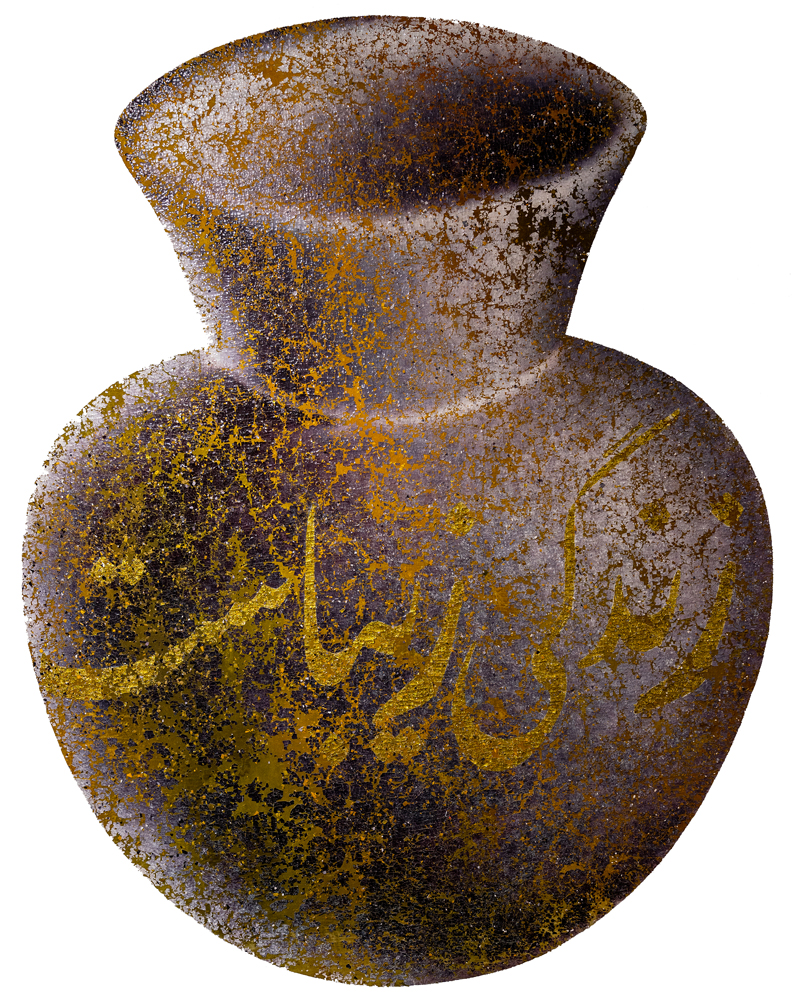 Embroidery, beads, glitter and crystals are a few examples of materials used to design emblematic Iranian motifs in Moshiri’s latest work, that are fused with intimations of American consumer culture. The resulting hybrid imagery could be defined as ‘Ornamental Persian Kitsch’, through which a certain subversive dimension arises, often considered a statement about the paradoxes that exist within his home country.
Moshiri received his MFA from California Institute of the Arts, Valencia, California, 1984. He returned to Iran in 1991 where he currently lives and works.