Al Bahrani’s large scale sculptural works range from the representation of well-known political and religious figures carrying various armaments, to ambiguous, structural pieces compiled of geometric shapes that appear battered, bent and hammered. Whether figurative or not, each of Al Bahrani’s sculptures are reminiscent of the ruinous and destructive nature of war. It is the malfunctioning, defective and uncertain nature of his non-figurative objects that elicits a sense of unease or discomfort in the viewer. Like many of his contemporaries living in exile, Al Bahrani admits that his work is a tool in which he can express his estrangement from his geographical foundation and his roots. 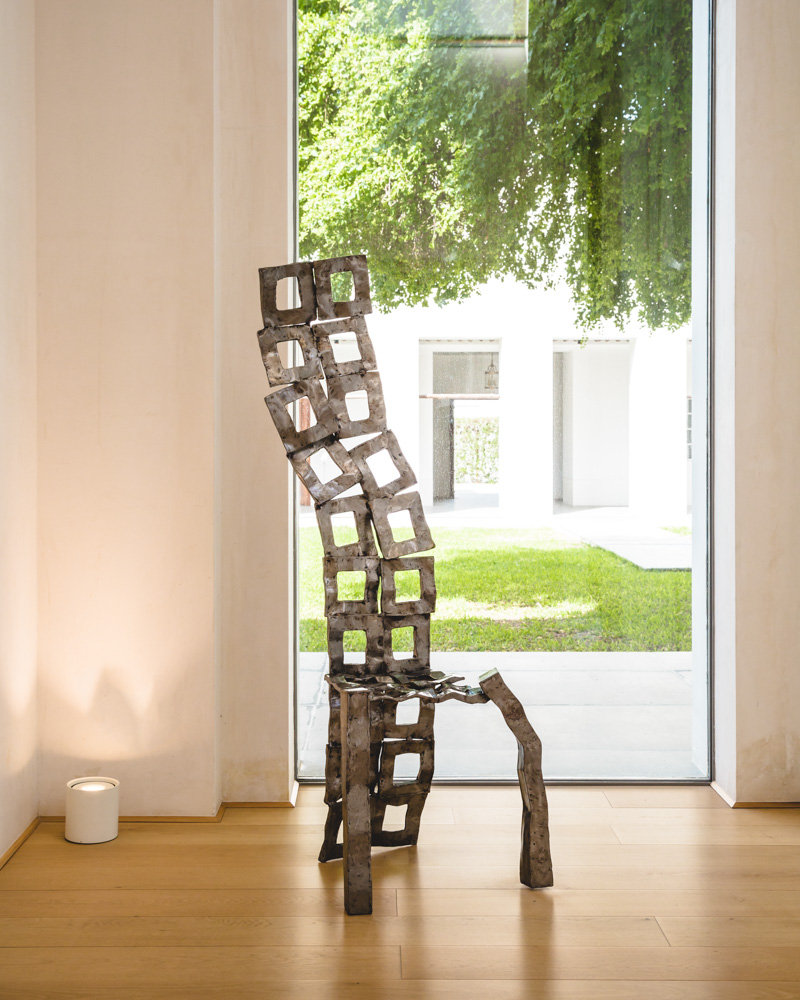 Ahmed Al Bahrani studied at the Institute of Fine Arts in Baghdad, graduating with a Diploma in Sculpture in 1988.

He taught at the Baghdad Institute of Fine Arts between 1992 and 1994. In 1994, Al Bahrani left Iraq for political reasons moving to Amman, Jordan for a number of years. He later resided in Yemen. Since 1999, he has divided his time between Doha in Qatar and Stockholm in Sweden.