In much of her later work, Azade Köker creates representations of natural forms incorporating traces of human intervention.  In this case, the red apple’s true nature is revealed when it is juxtaposed against the pattern of repetitive skulls that cover the surface. In doing so, Köker disrupts the conventionality of the imagery and invites the viewer to reconsider their preconceptions towards it.  The red apple is traditionally viewed as a symbol of beauty and earthly desire- the forbidden fruit- yet here, its multifarious, true nature is revealed, as one that is inherent of opposing attributes: beauty and distaste; purity and evil; earthly desire and otherworldly temptations. 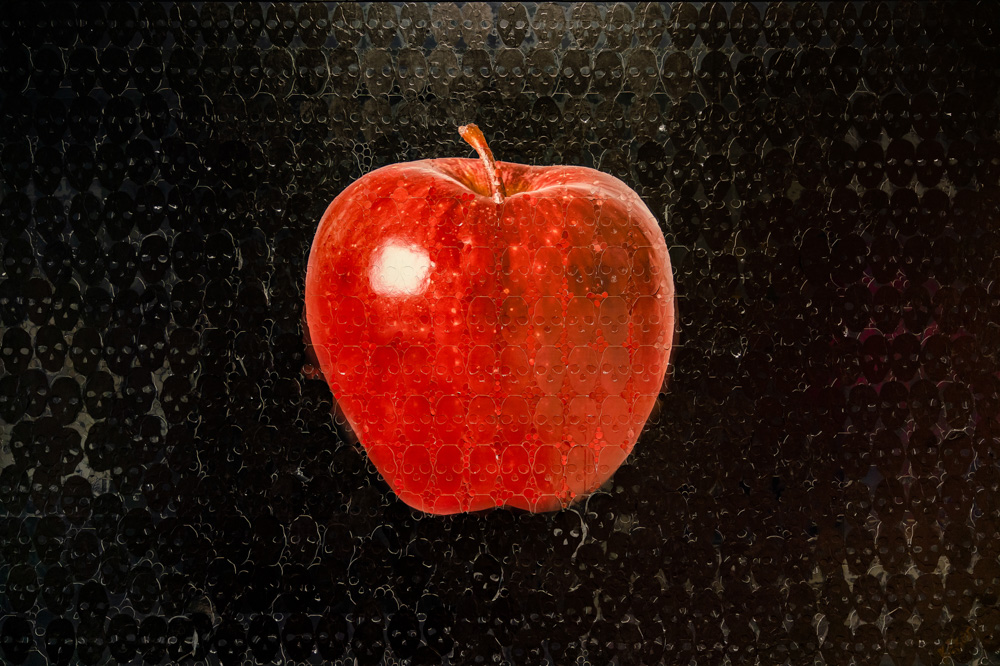