Halim Al-Karim lived in Beirut, Lebanon until he was 10 years old, returning to Baghdad thereafter with his family. When the first Gulf War broke out in the late 1980s, Al Karim escaped the compulsory military service, seeking refuge in the southern Iraqi desert where he lived in a rock covered hole in the ground. He credits his survival to a Bedouin woman, who brought him food and water, teaching him about mysticism and gypsy customs. Refusing to disclose his whereabouts to his friends or family, the time spent in hiding had a profound effect on Al Karim, subsequently influencing his creative work. 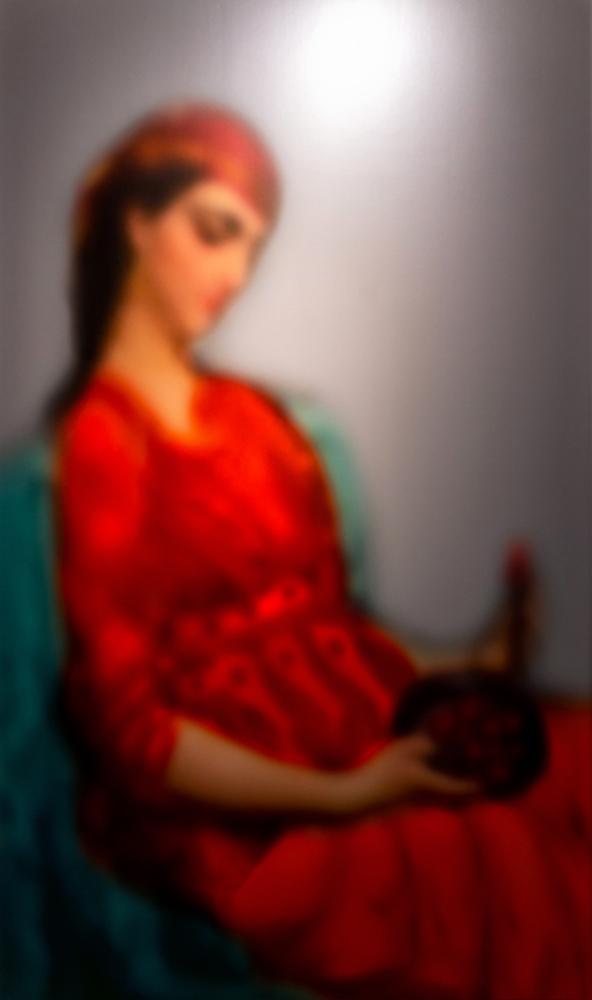 One of the earliest concepts explored in the work of Al Karim and one that continues until today is the Islamic philosophy of Al Batin or the ‘Inwardly Hidden’. Such thought is based on the belief that Allah encompasses both the inwardly hidden (Al Batin) and outwardly manifested (Al Thahir) aspects of existence.

Al Karim’s imagery often appears blurred or hazy to the viewer’s eye, akin to the moment that exists between sleeping and waking. In many ways, his illusive, ephemeral images are visual manifestations of the bridge between consciousness and unconsciousness or the crossroads towards a spiritual awakening.