Frank Stella is heralded for his post-painterly abstract works. In the late 1950s and early ‘60s, when Stella first moved to New York City to pursue his career as an artist, his reaction to the abstract expressionism that was prevalent at the time, was to produce works that focused on ‘the picture as an object’, rather than ‘the picture as a representation’. He was almost immediately recognized for his inventive style. By the 1960s, he began painting with aluminium and copper paint and employing shaped canvases, inherent of colourful arcs and circles, inspired by his travels to the Middle East. In 1970, when he was only 34 years old, the Museum of Modern Art (MOMA) in New York, held a retrospective of his work, making him the youngest artist in history to receive one there. 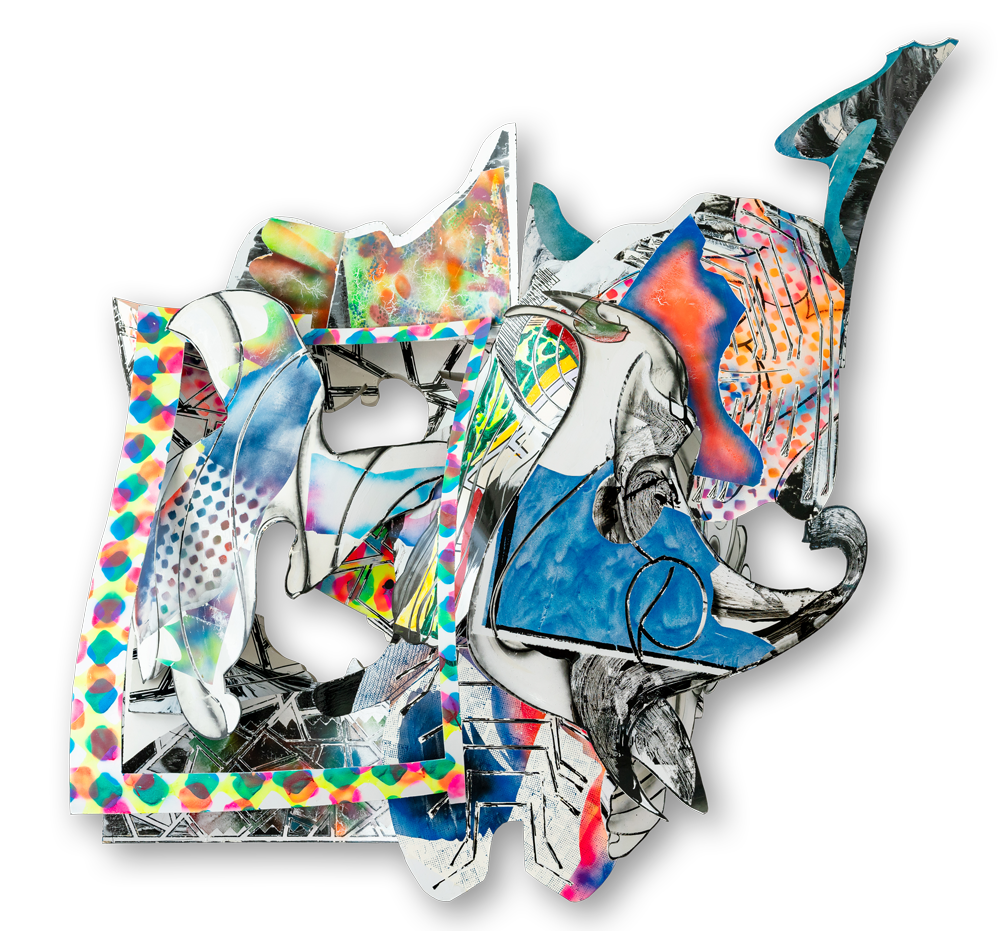 The Honor and Glory of Whaling (maquette)

By the 1970s and into the 1980s, Stella began to develop his ‘maximalist’ paintings. Inherent of sculptural attributes, these works fused elements of collage, with paint. Shapes and forms made of plywood and card were assembled to create irregular, flamboyant, imaginative, forms.

Interested in the manner in which a literal story could be told through shapes, forms and colours, from the mid-80s into the mid-90s, Stella created a body of work that loosely referenced author Herman Melville’s, ‘Moby Dick’ and were aptly titled as such. He continued to develop the three-dimensionality of his work, giving way to sculptural forms created from a variety of compiled shapes cut from aluminium, that had been sprayed and painted. Once assembled, they almost appear weightless, like malleable card, effortlessly floating over the surface of the wall. In fact, to create such works, the artist began with collaged models which were then enlarged with the help of designers, assistants and metal cutters.

“Abstraction didn’t have to be limited to a kind of rectilinear geometry or even a simple curve geometry. It could have a geometry that had a narrative impact. In other words, you could tell a story with the shapes.”

Stella graduated from Princeton University with a BA in History, before moving to New York in 1958. He currently lives in New York.