David Roberts’ career as a painter began when he took on various stage design jobs, painting scenic backdrops for a circus and number of theatres, including the Pantheon Theatre, Edinburgh; Theatre Royal, Glasgow; Coburg Theatre (now the Old Vic), London and the Theatre Royal, London. After his travels to Spain, which resulted in a number of popular paintings, it was the artist J.W. Turner that convinced Roberts to abandon scenography and by 1838, he travelled to Egypt, the Holy Land (Palestine), Lebanon and Jordan where he produced a substantial number of sketches and drawings that he would later use as references for his paintings and lithographic prints. He was elected as a Royal Academician in 1841. Between 1842-1849, Roberts worked with lithographer Louis Haghe to produce a series of lithographs from his travels. Such subject matter was coveted at the time and he quickly accumulated subscriptions for this series of prints, the first being from Queen Victoria. Her complete set remains in the Royal Collection. 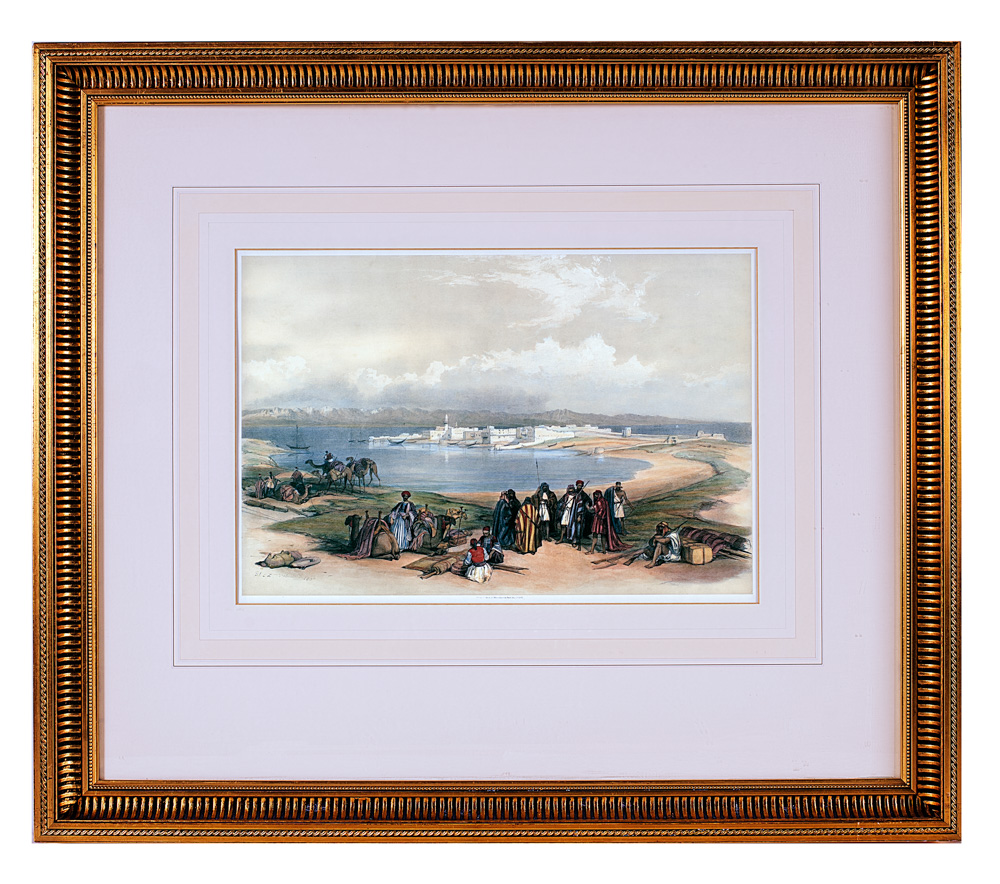