Known for reconfiguring common materials and domestic objects into large scale installations and assemblages, Sudarshan Shetty aims to give such objects new meaning. Transience, mortality, loss and absence are underlying themes, with Mumbai as his main source of inspiration.

‘I am interested in the idea of absence, a human absence, of being elsewhere. I think most of us are condemned to be elsewhere: I embrace this predicament and rejoice in it.’ 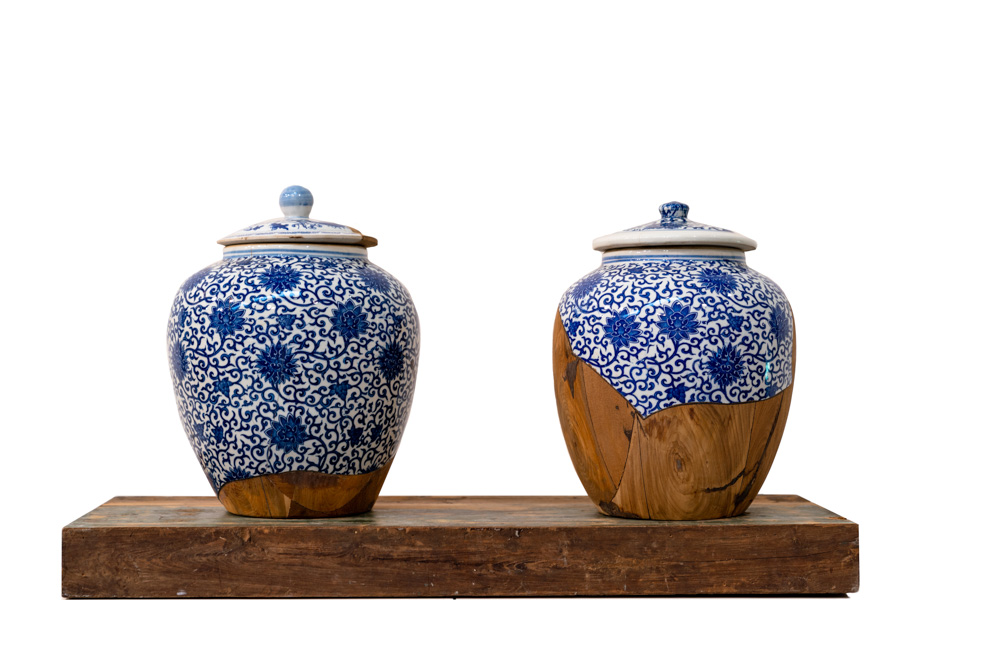 The city and Shetty’s immediate surroundings provide him with a framework within which he can explore. “The information for my work comes”, he says, “from my day-to-day negotiation with this city.” In much of his recent work, he aims to bring the commotion of the city marketplace to the fore and in doing so, purposely creates works on a scale suitable to the gallery space. Consequently, he hopes to draw the passer-by in to this unfamiliar arena and ‘seduce them with the familiar’. Works that incorporate broken pieces of delftware china repaired with smooth, carved sections of wood, are carefully placed on purposely positioned shelves, echoing the display of valuable treasures from an aristocratic household. The combination of their elitist austerity with organic, simplicity is a poetic interpretation of the fusion of eastern and western traditions.

Sudarshan Shetty trained in painting at the Sir JJ school of Art, Mumbai, during the late 1980s. From 1989–91, he worked at the Kanoria Centre for the Arts in Ahmedabad working closely with colleagues at the National Institute of Design and the Centre for Environmental Planning and Technology. It is through such interactions, that he began to fully appreciate the relationship between sculpture, design and architecture. Shetty currently lives in Mumbai.