Suad Al Attar’s work is largely characterized by her merging of Mesopotamian folklore with Modernist Middle Eastern aesthetics. Elements of Sumerian symbolism, Mesopotamian motifs and Assyrian sculpture reliefs are often seen throughout her work. However, Al Attar combines this imagery with her appreciation of Western figurative work, resulting in romantic interpretations of her Iraqi heritage, inherent of an intense dreamlike and poetic sensibility. However, in more recent years, her vibrant and mystical representations of paradise, have been increasingly replaced with her representations of the plight of Iraq.

Suad Al Attar began exhibiting with the Baghdad Modern Art Group from a young age and was one of the first women in Baghdad exhibiting publicly with such a movement. She completed her undergraduate degree at Baghdad University, later going on to study printing making at the Central School of Art and Design in London. She was the first female artist of have a solo exhibition in Baghdad. 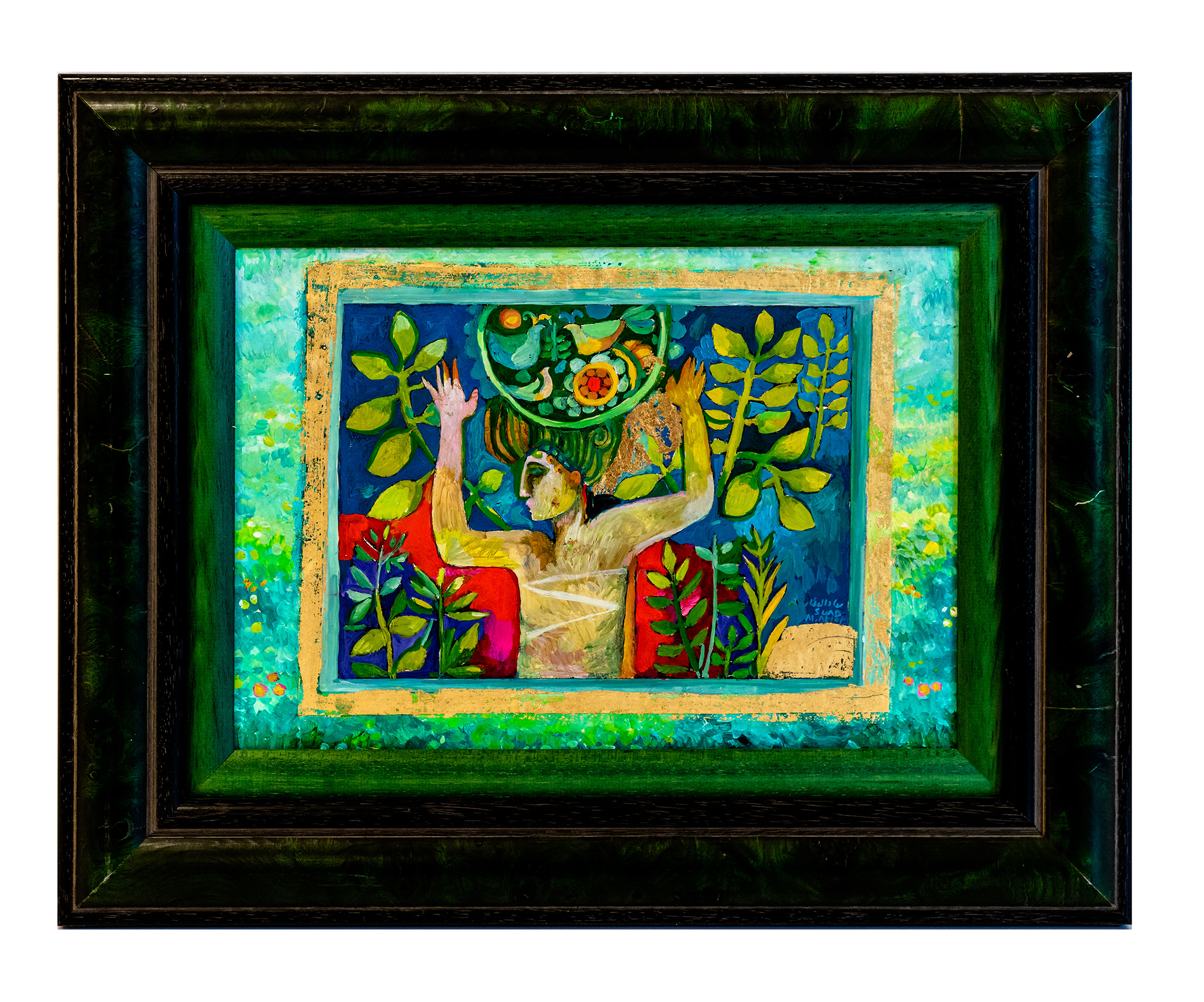 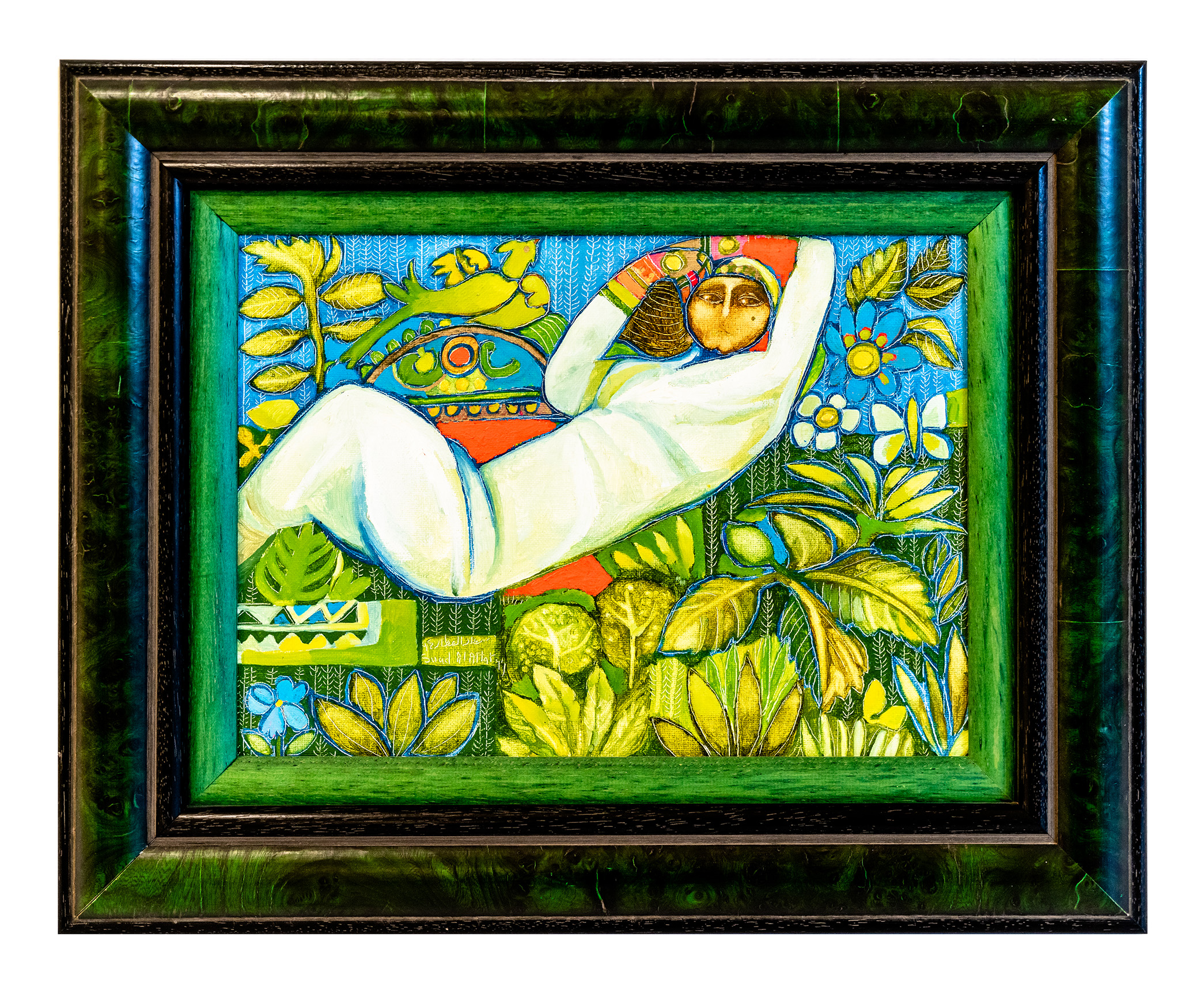 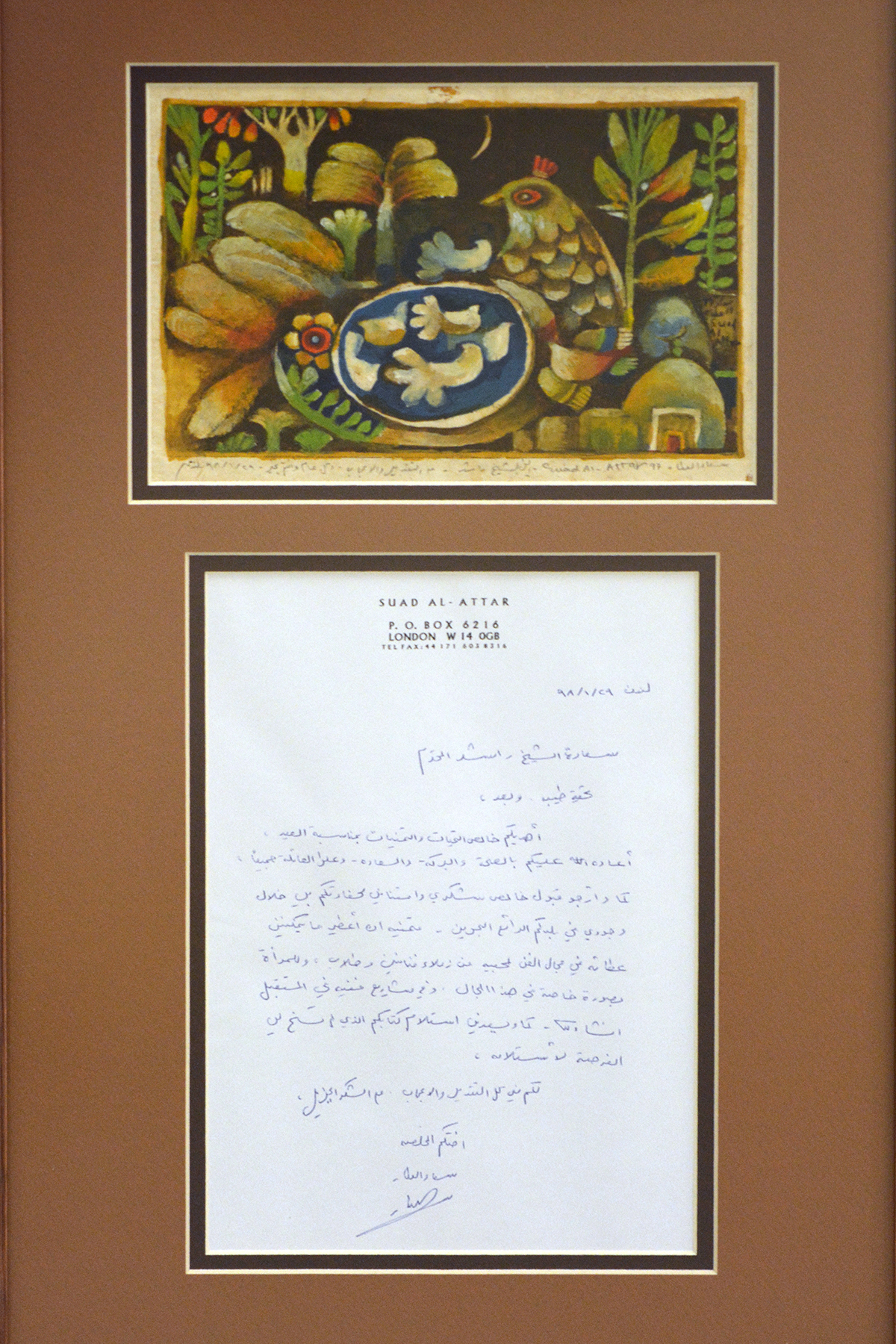 | Handwritten letter and acrylic on paper

In 1976, Al Attar relocated to London. Much of her work which was left behind in Baghdad was lost due to looting and vandalism following the 2003 invasion.