Painter and illustrator, Bernard Buffet began his studies at the École Nationale Superieure des Beaux-Arts, Paris, in 1943. It was at this time, that he began to paint works that would characterize his oeuvre; gaunt and graphic figures and forms, composed of his hard-edged and urbanized use of paint and colour, featured regularly. Death, sexuality, pop-culture and politics typically dominate his imagery through macabre and somehow sardonic expressions, characteristics that were well-received by many Parisians in the post-war era. 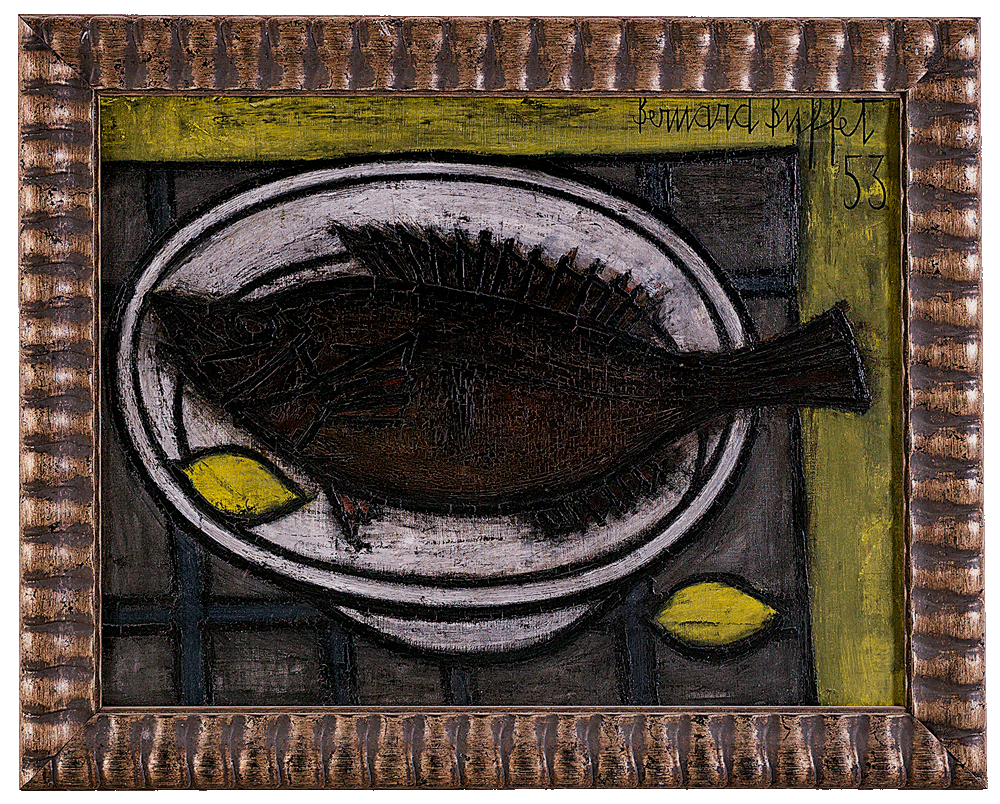 Still Life with Sole and Lemons

A member of the anti-abstraction group L’homme Témoin, or ‘the Witness-Man’, Buffet was known for his rejection of abstract art, attesting to the importance of representational art at a time when abstraction was popularized. Indeed, it was this position that saw his own popularity decline years later, particularly amongst his contemporaries and critics, as  minimalism and abstract expressionism began to dominate the scene in the 1950s and 1960s. Regardless, Buffet enjoyed a very successful career as an artist, specifically amongst collectors and he painted over 8,000 works that allowed him to garner widespread popularity and acclaim. His paintings are held in some of the most notable museums around the world. Sadly, after a struggle with Parkinson’s disease, Buffet took his life in 1999 at the age of 70.