Fernando Botero is possibly the most widely recognized and quoted living artist from Latin America. Best known for his paintings and sculptures of unique volumetric and rotund figures and objects, his oeuvre tackles a range of topics, including daily life in Colombia, reinterpretations of classical paintings and commentary on political and social structures or even abuses of power. Often satirical or humorous, Botero asserts that his iconic voluminous style, aptly classified as “Boterismo”, was a tool that enabled him to explore mass and the sensuality of form, as well as to accentuate and even exaggerate certain characteristics of his subjects. 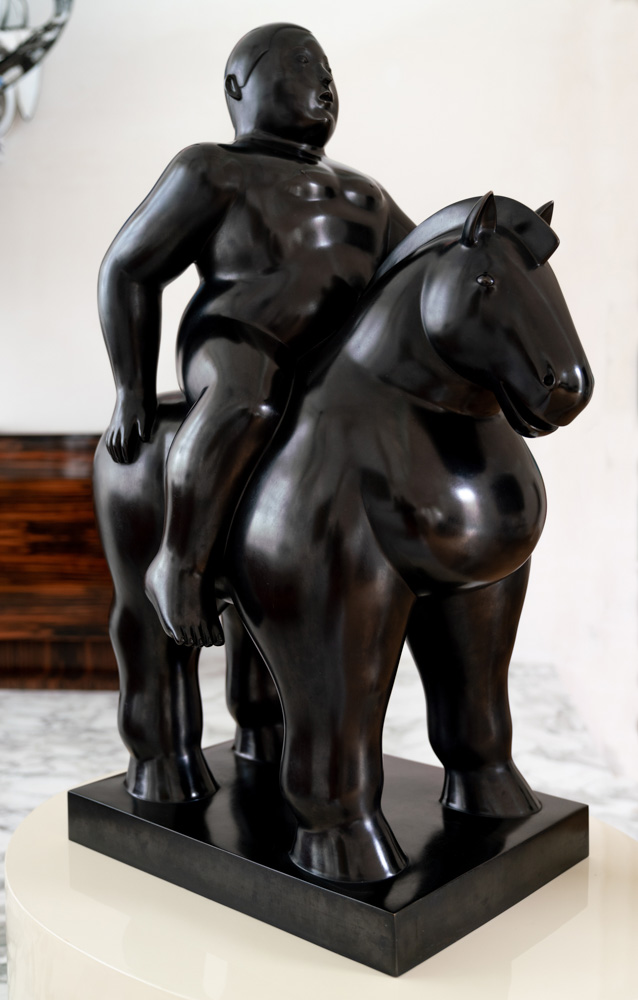 “An artist is attracted to certain kinds of form without knowing why…you adopt a position intuitively, only later do you attempt to rationalize or even justify it.”

In 2004, Botero exhibited a series of drawings and paintings that signified the violence of the Colombian drug cartels. Following this, he gained considerable attention for his Abu Ghraib series, that he worked on for the entirety of 2005, which expressed the abuses that were inflicted on prisoners at Abu Ghraib prison by US forces during the Iraq War. These were later donated to  various museums.  In 2006, he took another turn, back to of his origins so to speak, focusing on themes such as family and parenthood.

Before studying art, Botero attended a school for matadors for two years. He then travelled to Europe, moving to Paris in 1953 and Florence until 1954, where he studied and documented the works of the Old Masters. He moved to New York in 1960 and after a period of experimentation with gestural painting, he focused his attention on the style that would later define his art.