Widely considered the greatest French Romantic painter, Eugène Delacroix’s inspiration was drawn mainly from historical or contemporary events, literature, classical music and poetry. Inspired by artists such as Michelangelo, Peter Paul Rubens and John Constable; by poets such as Lord Byron and William Shakespeare; and by composers such as Frederic Chopin, Delacroix’s work is characterized by his employment of light and colour as well as his emphasis on expressive movement rather than clarity of form. He was influential in the development of both Impressionist and Post-impressionist painting. 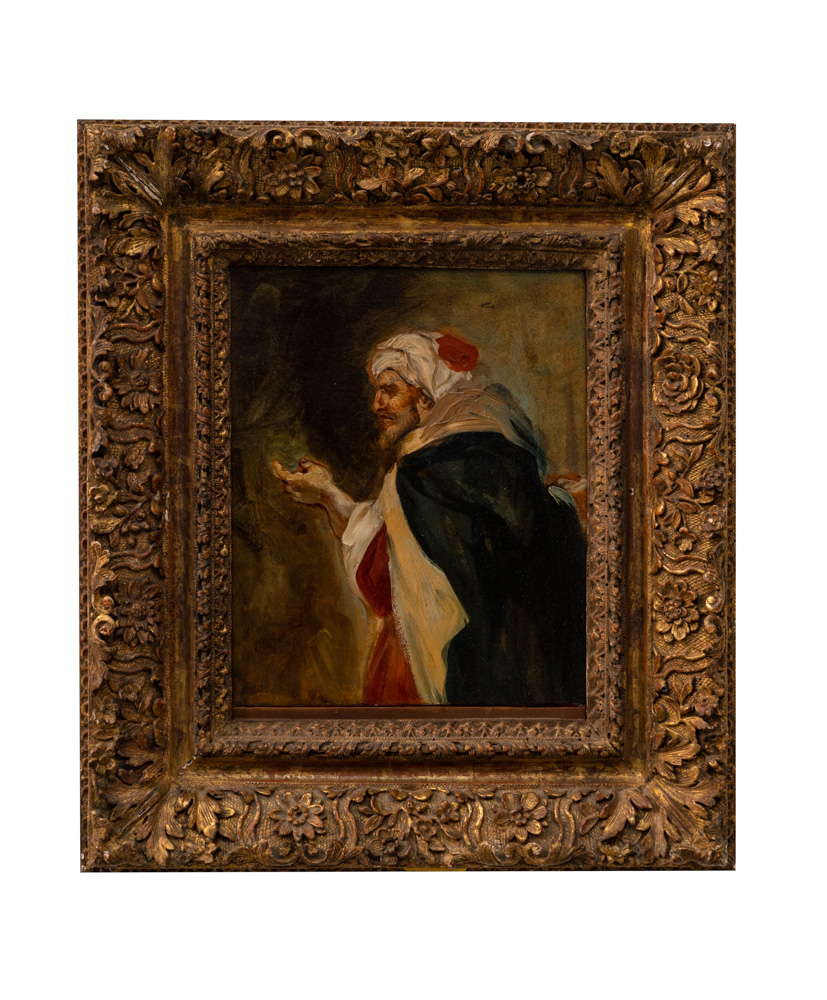 Born into a distinguished artistic family, Delacroix was taught art from a young age, under the tutorship and guidance of a number of renowned academic painters. He held his artistic debut at the Paris Salon in 1822, featuring Dante and Virgil in Hell, a work that was extremely significant in the development of French Romantic Painting. Unlike the Neoclassical perfectionism that was popular at the time, Delacroix’s inclination was neither sentimental nor grandiose but rather, was fervently determined to depict passion in its truest form. Liberty Leading the People (1830) is perhaps his best-known masterpiece and one that epitomizes Delacroix’s blend of allegory with contemporary realism.

In search of an escape from the frenzied life of Paris, Delacroix longed to experience the exotic and traveled to Morocco in 1832, where he became fascinated with Arab culture and customs, sparking his interest in Orientalism. He eventually produced over 100 paintings and drawings with a freer flowing sensibility to his previous work and that were based on scenes of life of the people of North Africa, where he would continue to return to until the end of his life.