Having studied at the École Nationale Superieure des Beaux-Arts in Paris, Louis Emile Pinel de Grandchamp had his first appearance at the Salon in Paris when he was 18 years old, exhibiting two portraits. In 1839, he left France for Egypt, and thereafter lived between Egypt, Tunis and Istanbul for 15 years. It was during this time that he developed a solid reputation as an artist. After his return to France in 1865, de Grandchamp began to exhibit his Orientalist works at the Paris Salons. 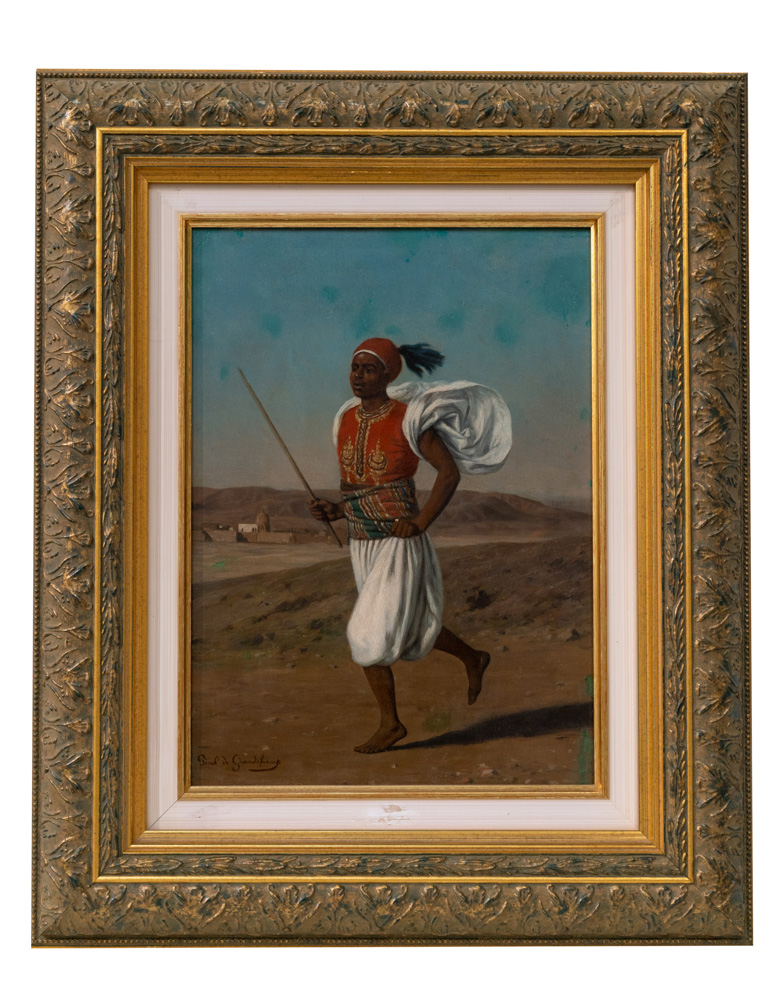