A pioneer of modern Arab art, Iraqi born painter and sculptor, Dia Al Azzawi’s work exemplifies the Huruffiya movement, which represented the development of a Pan-Arab visual language. Huruffiya artists used Arabic calligraphy as a graphic element within an abstract artwork, a philosophy that later inspired a new generation of calligraphiti artists, who aimed to merge Arabic letters into compositions that combined typography, calligraphy and graffiti.

Al Azzawi studied archaeology at the College of Arts in Baghdad, graduating in 1962 and then the Institute of Fine Arts, graduating in 1964. His exposure to archaeology influenced him from a young age, whereby his art drew inspiration from Arab cultural history and mythology, notably the ancient Sumerian myths of Gilgamesh. 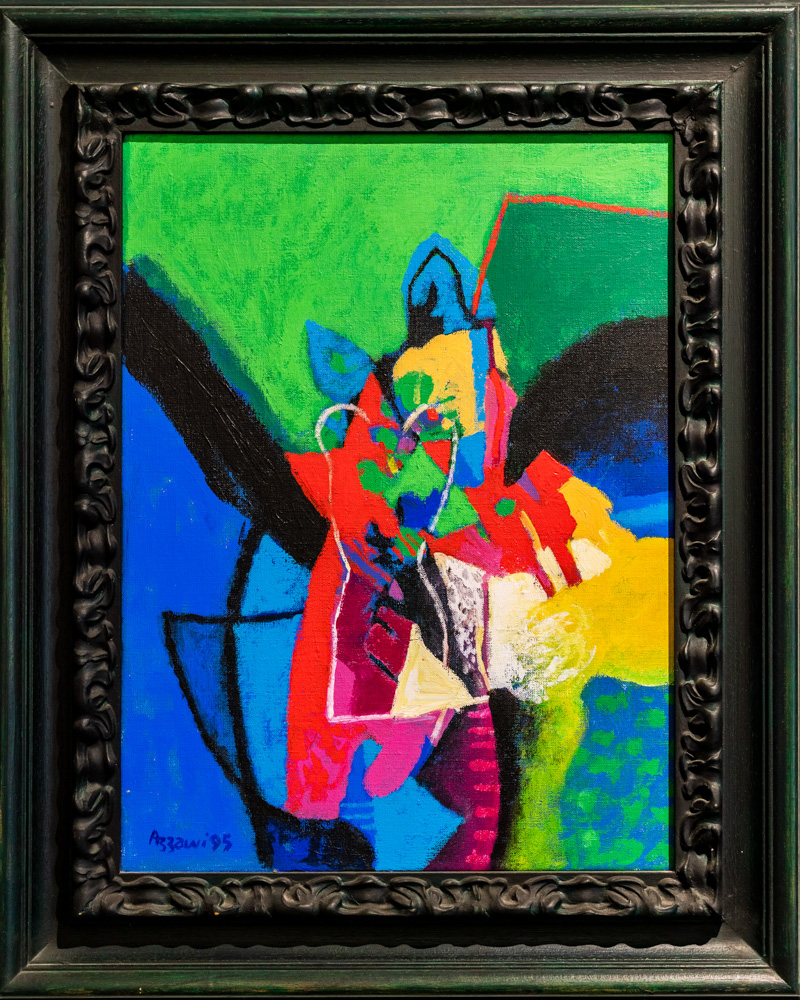 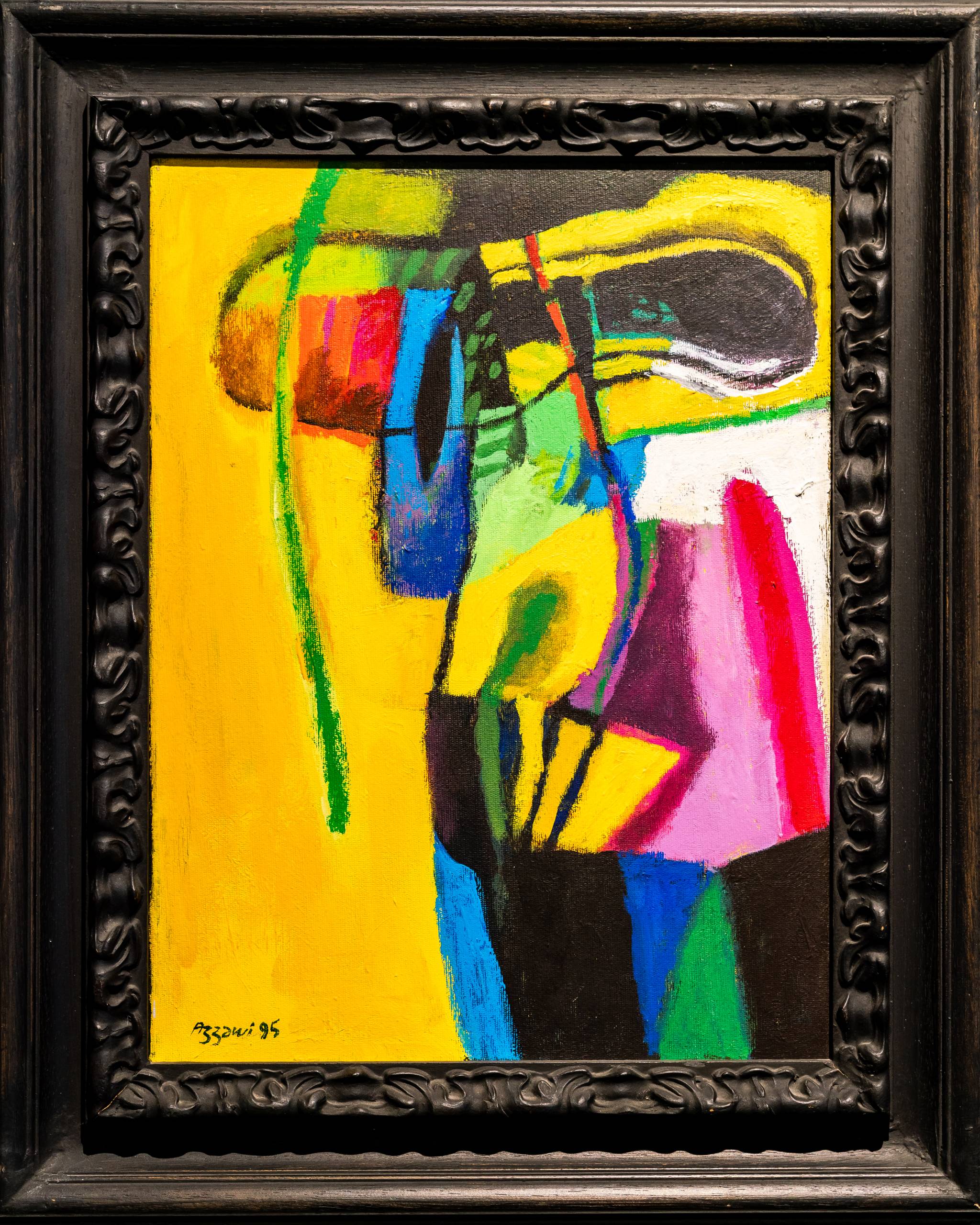 The Field of the Sun 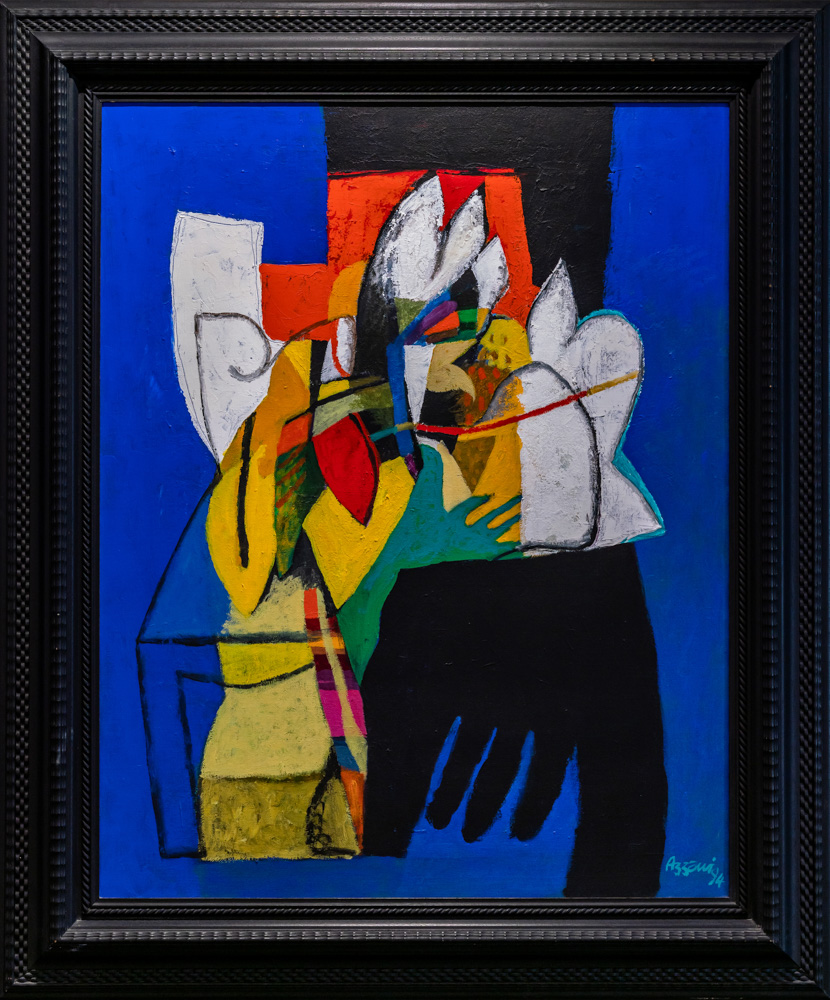 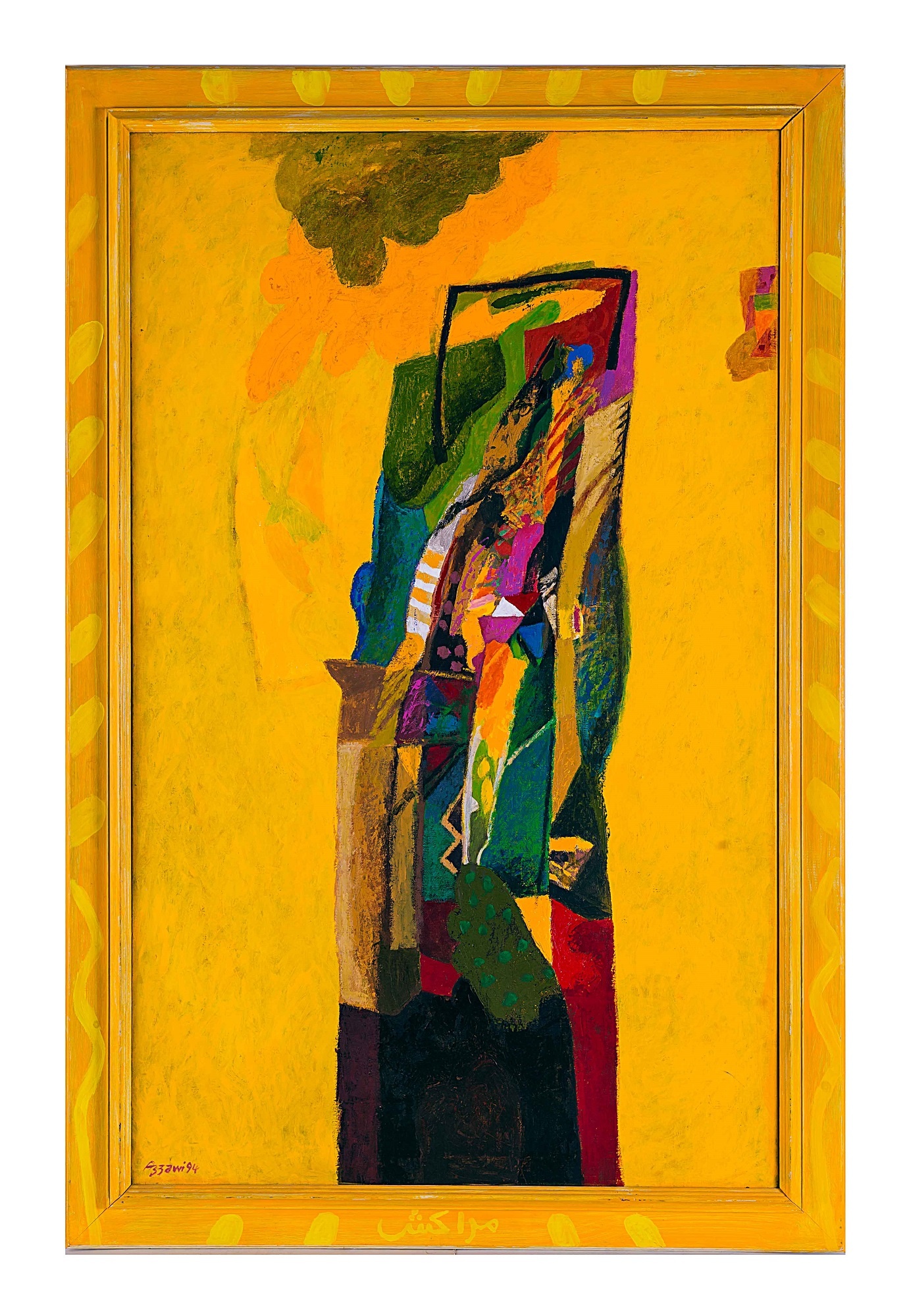 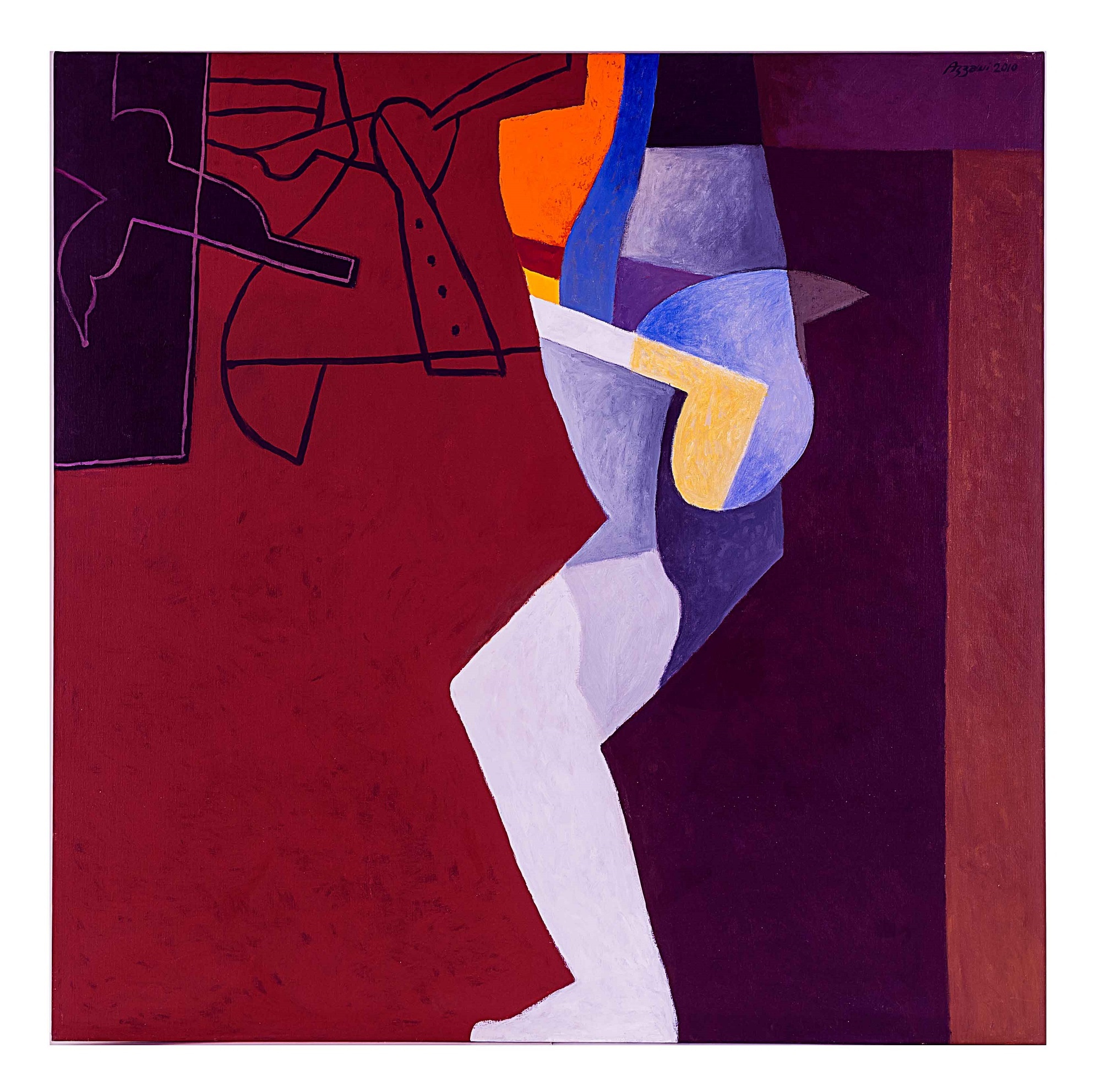 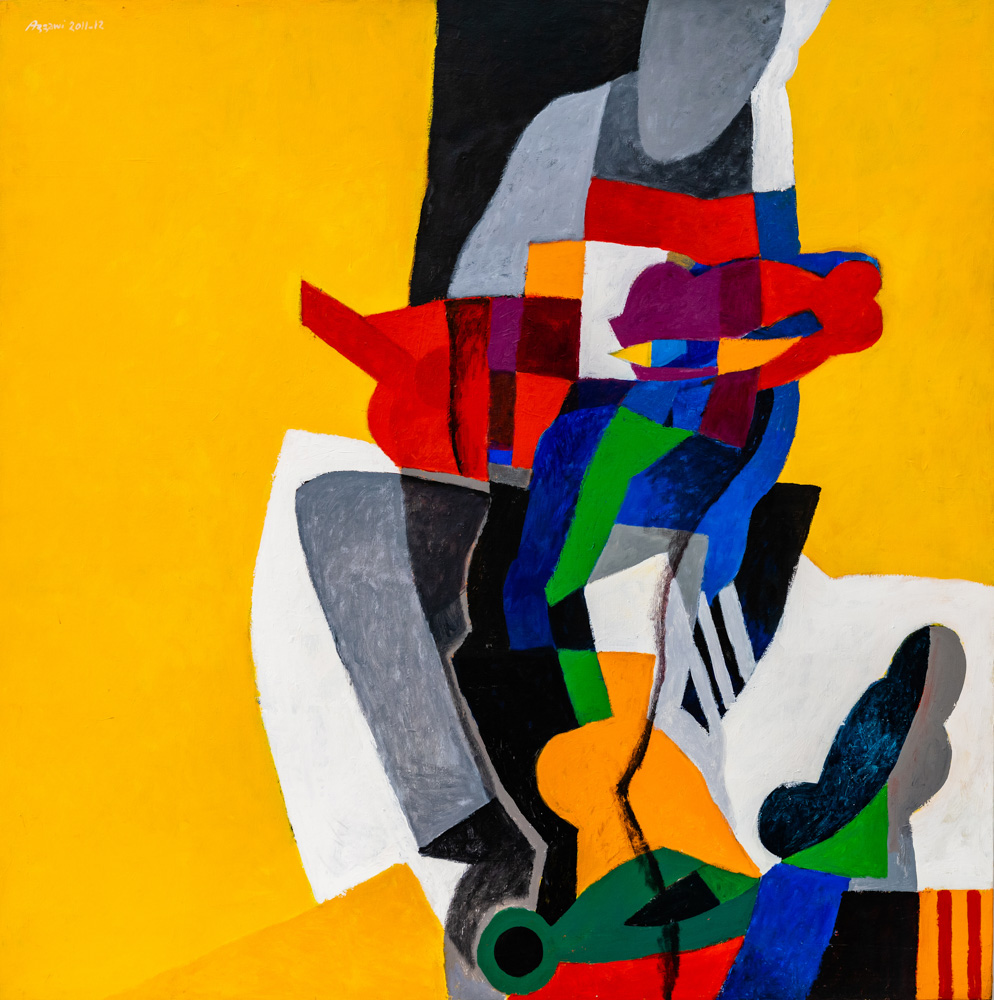 In 1968, Al Azzawi founded the Iraqi Art collective Al-Ru’yah al-Jadida (New Vision) that encouraged a more spontaneous style of art and at the same time, urged artists to remain true to their roots and to consider their heritage and traditions for inspiration. New Vision embodied freedom of creativity within the framework of heritage.

Greatly inspired by pivotal moments in Iraq’s history, it was after Al Azzawi’s experience serving as a reservist in the Iraq army between 1966-1973 as well as the impact of the first and second Gulf War, that compelled him to express the horrific nature of war and conflict, giving a voice to those affected. Al Azzawi felt it was his duty to expose the injustices faced by the oppressed and stateless, particularly those living under occupation in Palestine. In an interview with Saphora Smith for the Telegraph in 2016, Al Azzawi said, “I feel I am a witness. If I can give a voice to somebody who has no voice, that is what I should do.”

In the late ’70s, after Iraq came under the control of Saddam Hussein, Al Azzawi left his native land and settled in London. His first solo exhibition in the UK was held at the Patrick Seale Gallery in 1978. Since living in London, he held the position of Director of the Iraqi Cultural Centre and now spends his time living and working between London, UK and Doha, Qatar.