A painter of horses, peasant life and battle scenes, Adolphe Schreyer was also renowned for his paintings of Bedouin men, which were inspired by the time he spent living in Algeria, Egypt and Syria. It was then that Schreyer learned Arabic, immersing himself in the culture and customs of the region. Celebrated for his draughtsmanship and specific subject matter that often presented men traveling on horseback, he was a favourite among French and American Collectors. 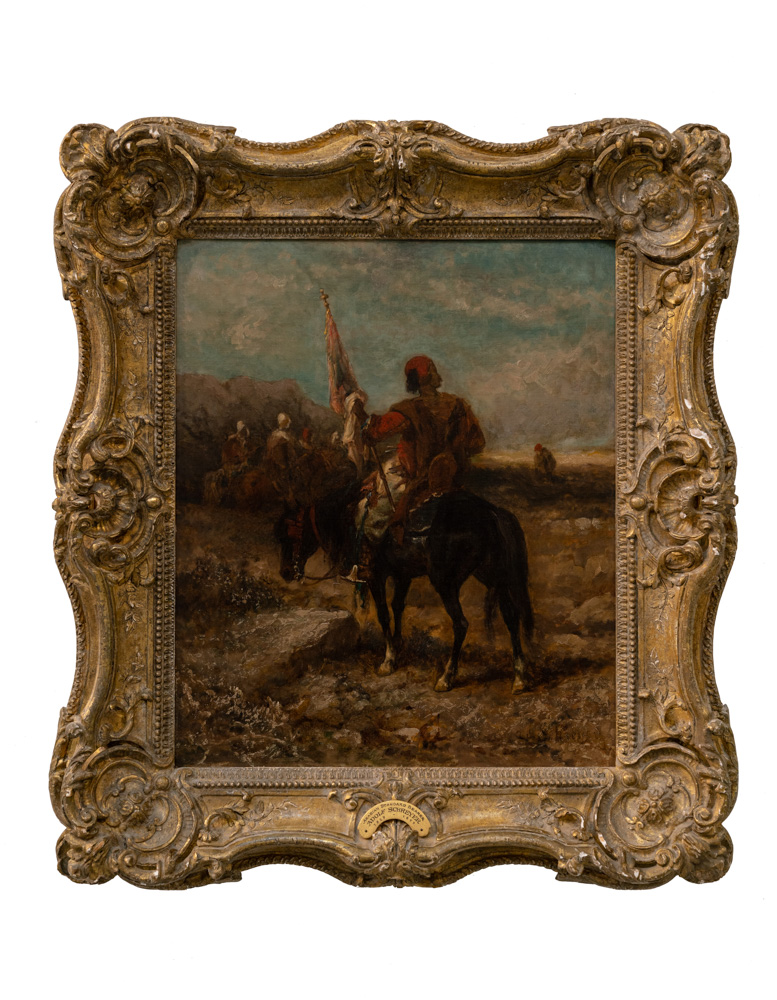 Schreyer began his studies in art at the Städel Institute in Frankfurt and then studied at the Arts Academy in Düsseldorf, Germany. After travelling to France, Egypt and Syria in 1856, and Algiers in 1861, he settled in Paris in 1862 where he lived until 1870. He returned to Frankfurt in 1871.