Mohamed Melehi is considered one of the most important Moroccan artists of his generation. As one of the leading figures of the cultural revolution that began at the Casablanca Art School, his work played an important role in cultural development in post-colonial Morocco. 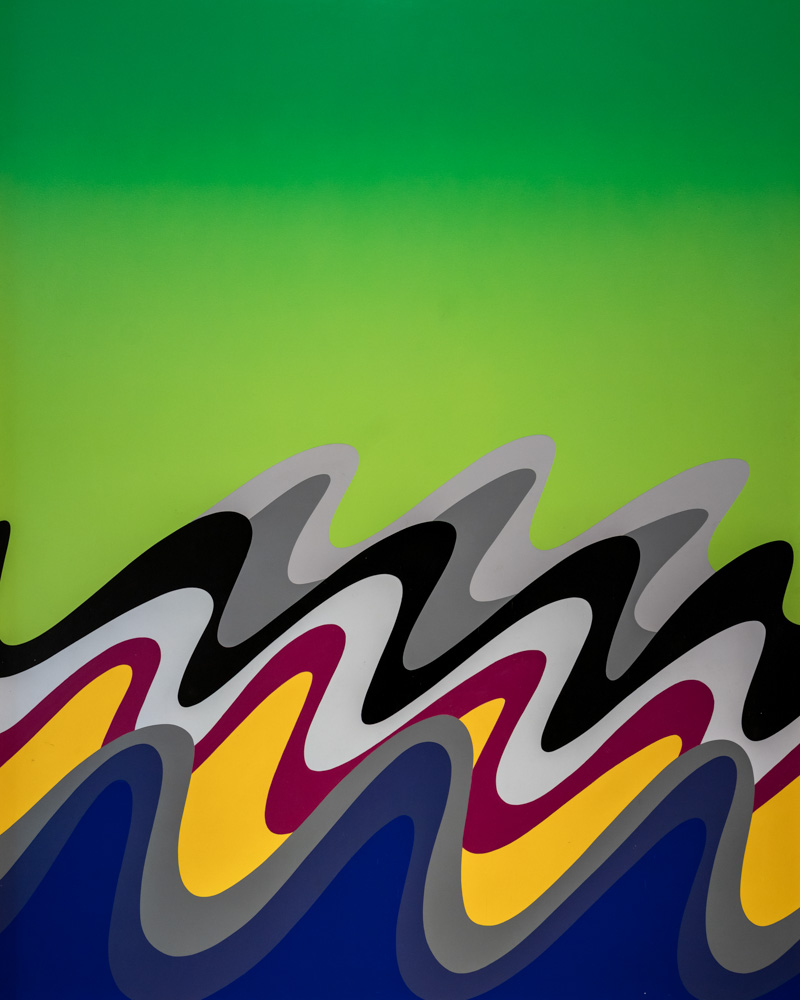 Green for the Cover

It was during his time studying at Columbia University, New York, NY, where he lived in a studio below the pop artist Jim Dine, that Melehi became intimately involved in the post-modern art movement and was acquainted with famed artists including Frank Stella and Robert Rauschenberg, regulars to the renowned Leo Castelli Gallery. It was Hard-edge painting, a style prevalent in New York at the time, that impelled Melehi to revive elements of abstraction inherent in Islamic art within his work. From then on, he would turn to his cultural heritage and roots as a source of inspiration and his resulting imagery encapsulated both the post-modern aesthetic and the cultural richness of his home country’s traditional craft and design.

By the time he left the US to return to Morocco, Melehi’s work was characterized by psychedelic waves of colour, wherein he employed readily available car paint instead of acrylic. He considered this a gesture of solidarity with the working class and less fortunate, during a time when political tensions were high in Morocco. In 1969, the Casablanca Art School travelled to Marrakesh to exhibit their work in the city streets. The exhibition, entitled ‘Exposition-Manifeste’, was meant to be a rebuke of the typical ‘bourgeoise’ salon style that was prevalent at the time.

Melehi graduated from the École des Beaux-Arts, Tétouan, Morocco, in 1955. He then studied painting at the Royal Academy of Arts in Seville, Spain; sculpture in Rome, Italy and engraving in Paris, France. After being awarded a scholarship to study at Columbia University, Melehi moved to New York, NY, between 1962-1964.